Home Business In Five Years Euro Will Become a Thing of the Past –... 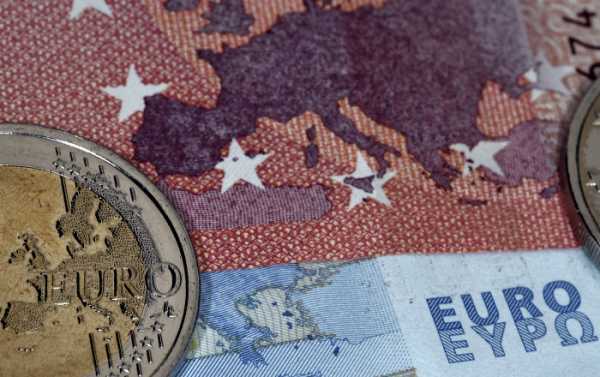 The European single currency project is doomed to failure, German financial analyst Marc Friedrich told Sputnik. While IMF boss Christine Lagarde is insisting on the Eurozone’s further economic integration, Brussels’ real objective is to tighten control over the EU member-states, which amounts to nothing short of a dictatorship, he opined.

Nobody can save the euro, Marc Friedrich, an analyst at financial advisory firm Friedrich & Weik told Sputnik Germany, adding that the European currency is likely to become a thing of the past in just five years.

According to the analyst, International Monetary Fund (IMF) Managing Director Christine Lagarde’s call for the creation of the bloc’s “rainy-day fund” will lead to nothing less than Brussels’ dictatorship.

“The head of the IMF is French,” Friedrich noted. “Now Christine Lagarde behaves like her compatriot [French President Emmanuel] Macron. She has set herself a goal to rescue the EU and Eurozone. Of course, they are in cahoots. Both are former [investment] bankers and know each other well. Germany will undoubtedly become the ‘champion of payments.’ This is a pre-agreed game. Together with the banking union and the introduction of a unified deposit insurance system, this is yet another step towards EU dictatorship. They are desperately trying to save the euro. But the euro cannot be saved. One can only hope that German policy-makers will resist it. Hope is always the last to die, but, eventually it dies.”

Germany Would Have to Fork Out 11.4 Billion Euros

While delivering a speech on March 26 at the German Institute for Economic Research in Berlin, Christine Lagarde proposed obligating each EU member state to contribute 0.35 percent of GDP per year to a special EU fund “to build up assets in good times.”

“Then, depending on the depth of a downturn, countries would receive transfers to help them offset budget shortfalls,” she said.

However, for Germany the annual contribution to the “rainy-day fund” would amount to 11.4 billion euros ($14 billion), Friedrich pointed out.

According to the analyst, the euro, Europe’s single currency experiment, is doomed regardless of whether or not the IMF is able to turn its plans into reality.

The problem is that the euro project does not work, Friedrich underscored: the European currency still remains “too weak” for Germany and “too strong” for the countries of the Eurozone in Southern Europe.

“This situation will not change in the future,” the analyst opined. “Of course, ‘life-prolonging’ measures are being taken. Perhaps, this or that attempt by the European Central Bank (ECB) or central banks across [Europe] will breathe a little life in [the European currency], but eventually the euro is doomed to failure. This is all about buying time, because the fundamental problems of the flawed structure of the system cannot be solved.”

Transfer Union Has Long Been Existing in EU

Lagarde tries at all costs to avoid giving the impression that the proposed fund will finally lead to the creation of a European transfer union. In her speech she particularly emphasized — using the German expression — that the EU member states should continue to “take personal responsibility” “for putting their own houses in order.” Additionally, she offered certain mechanisms to prevent European states from “pursu[ing] less prudent fiscal policies” while other countries pay for them.

At the same time, the transfer union has existed for a long time, the analyst stressed. Although it was not stipulated by the Lisbon Treaty, the relevant item was included into it “through the back door”. According to Friedrich, the ECB engages in prohibited state funding by buying up government bonds.

“We have a transfer union from the North to the South,” the financial analyst highlighted. “We communitize debts. One day Eurobonds will come into play. They will be called and ‘packaged’ differently. But in general, we have everything that was initially excluded. This is an unprecedented scandal.”

The EU Dictatorship: Where It All Goes

However, no later than after the introduction of the European system of protection of deposits, citizens will have to withdraw their money from accounts. And then it will not be long before some feeble Spanish or Italian bank collapses and then the others — and first of all, the Germans — will have to fork out. To preserve one’s property, real assets are the best choice, Friedrich remarked. Crypto-currencies may also serve as a means of payment in the future, he added.

As for Europe’s prospects, his prognosis is rather gloomy.

“[Europe] is being headed towards a major dictatorship of the EU: a common minister of finance, a common budget, its own armed forces etc. It will remain a dream, but of course they take every effort to push ahead with this idea. One can easily imagine where this is going. We have already been deprived of some rights here, in Germany. EU law has always been above national laws. What is happening at the moment is undemocratic and should frighten [German] citizens. Now they [EU] are trying to create a super-state through the back door which will have no legitimacy,” Friedrich emphasized.

The Drum Majorettes of Cape Town |

NRA board member Ted Nugent: Parkland survivors “have no soul”