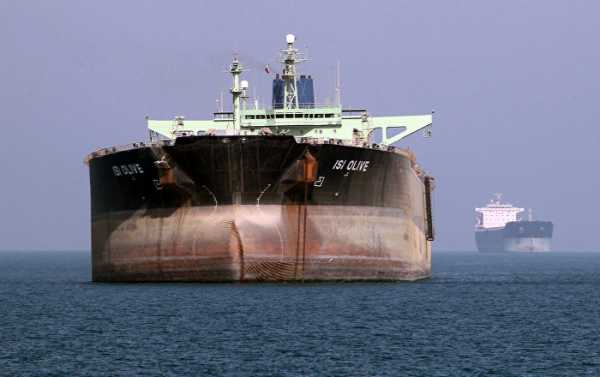 Shortly after President Donald Trump announced that Washington was quitting the Iran nuclear deal, the US Treasury pledged to pursue efforts to significantly reduce purchases of Iranian crude oil.

The oil price has skyrocketed to its highest in more than three years, just 12 hours after President Donald Trump said that that the US is abandoning the “horrible and one-sided” Iran nuclear deal, also known as the Joint Comprehensive Plan of Action, according to The Financial Times.

During early trading in London on Wednesday, Brent Crude, which serves as a major benchmark price for purchases of oil worldwide, increased by 3.1 percent to 77.20 dollars per barrel, while the US benchmark, WTI, rose by a similar amount, to 70.93. dollars per barrel.

Shortly after Trump’s announcement about the JCPOA, the US Treasury said in a statement that the US’s re-imposition of sanctions against Iran would go into effect as of November 2018.

“The sanctions lifted under section 1245(d) of the NDAA [National Defense Authorization Act] will be re-imposed following a 180-day wind-down period, and the United States will again pursue efforts to reduce Iran’s sales of crude oil under the NDAA during and following that period,” the Treasury said.

The Saudi Ministry of Energy, Industry and Mineral Resources, in turn, vowed to do its best to maintain stability in oil markets after Trump’s decision, while the Organization of the Petroleum Exporting Countries (OPEC) said that it would continue making efforts to rebalance the oil market and bring investment back into the oil industry.

As one of the world’s largest oil producers, Iran has proven crude oil reserves totaling about 157 billion barrels, according to OPEC. Trump’s move is expected to lead to the introduction of sanctions targeting Iran’s oil sector and subsequently oil shortages in the global markets.

The JCPOA was signed on July 14, 2015 by the European Union and the P5+1 group of countries — China, Germany, France, Russia, the US and the UK.

The deal envisages a gradual lifting of anti-Iranian sanctions in exchange for Tehran curbing its nuclear program and allowing inspections to ensure that the nature of the program is peaceful.