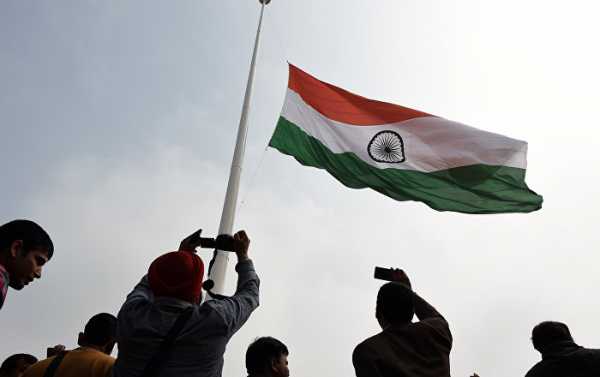 Under the proposed Unregulated Deposit Schemes Bill, a person or institution running an unregulated deposit or Ponzi scheme will have to face seven years in jail. Cryptocurrencies have been kept outside the purvey of the legislation, but an expert told Sputnik that initial coin offerings may face the heat.

New Delhi (Sputnik) — In a move that could have consequences beyond reckoning, the Indian government has approved a draft bill aimed at tackling the menace of illicit deposit-taking activities in the country. The bill will now be put up for discussion and voting in Parliament.

“The government’s interpretation of cryptocurrencies will change with time as it is not a simple deposit scheme or even an investment scheme. So, once the fog has cleared about cryptocurrencies, the government may clamp down on ICO (Initial coin offerings) as it shares some features with taking deposits, but it should have no impact on cryptocurrencies like Bitcoins,” Sanjay Sharma, Managing Director, QuBrex, told Sputnik.

In December last year, India’s Ministry of Finance had compared cryptocurrencies with Ponzi schemes warning Indians about the perils of investment in such tools.

“There is a real and heightened risk of investment bubbles of the type seen in Ponzi schemes which may result in a sudden and prolonged crash, exposing investors, especially retail consumers, to the loss of their hard-earned money. Consumers need to be alert and extremely cautious as to avoid getting trapped in such Ponzi schemes,” the government had said in a statement.

“Deposit takers include all possible entities (including individuals) receiving or soliciting deposits, except specific entities such as those incorporated by legislation,” the government said issuing a statement on Tuesday.

The proposed legislation is a real threat to exchanges which are dealing in cryptocurrencies, according to cryptocurrency analyst Sanjay Sharma.

“Exchanges per se don’t accept deposits, but help in connecting buyers and sellers so, the impact on them should be minimal. But exchanges that make the market, i.e. buy and hold or sell from their own stock may feel the regulatory heat,” Sanjay Sharma added.

Meanwhile, Indian cryptocurrency exchanges have reportedly planned to create a central repository of clients which might be handed over to the committee being set up by the Indian government, which is expected to submit its recommendations before March 31.

I Accidentally Walked Into “Border,” and It Kind of Changed My...