Home Business Iran Wants Guarantees From EU That JCPOA Would Be Beneficial for It... 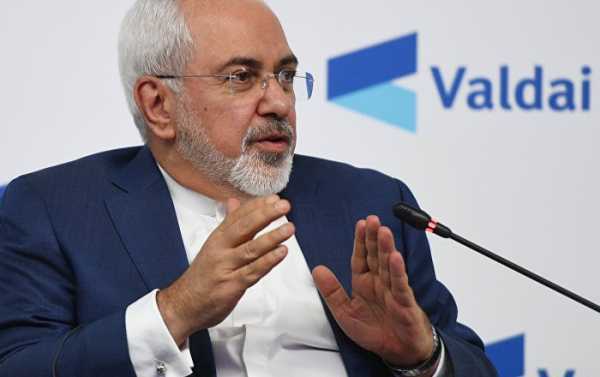 The foreign minister of the Islamic Republic of Iran, Javad Zarif has arrived in Brussels ahead of a meeting with his British, French and German counterparts. Ahead of the meeting Iran’s top diplomat has spoken about the JCPOA after the US withdrawal from the deal.

“Guarantees of benefits of the JCPOA should be given to Iran. We will have to see whether [those] remaining in the JCPOA can deliver those benefits to Iran,” Javad Zarif stated Tuesday.

The top official has reemphasized the country’s position on the Joint Comprehensive Plan of Action, commonly to as the Iran nuclear deal: in particular, that country plans to receive the economic benefits from the agreement, which were initially stipulated in it.

“We have started an intensive process [and] the economic benefits inside the JCPOA should be preserved for Iran,” Zarif said.

On May 8, President Donald Trump violated the terms of the JCPOA by withdrawing from the accord. Following Trump’s decision, the Treasury Department’s Office of Foreign Assets Control sanctioned nine Iranian individuals and entities including those with links to Iran’s Revolutionary Guard.

The move has been strongly criticized by other P5+1 members, Moscow, London, Beijing, Paris, Berlin and Brussels, who have confirmed their commitment to the deal.

The agreement was signed on July 14, 2015, and ensured that Iran’s nuclear program remains peaceful in exchange for sanctions relief.

The problem with impeachment

From Macmillan to Johnson: UK Prime Ministers Who Have Faced a...