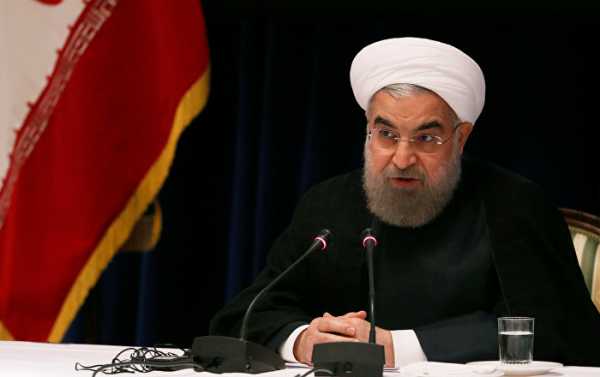 Iran’s parliament has rejected next year’s budget submitted by President Rouhani over concerns the proposed spending cuts could stoke public uproar and anxiety.

Kristian Rouz – The Iranian parliament – known as the Majlis – rejected President Rouhani’s proposed budget for the coming fiscal year (March 2018–2019). Lawmakers expressed their dissatisfaction with a new round of austerity, which includes cuts to key governmental subsidies, and suggested budget spending should remain at its current levels.

The proposed budget was voted down 120 to 83 Sunday, according to  Iranian state media. Some lawmakers reportedly said the living conditions of teachers and other governmental employees are unsatisfactory, and therefore cuts to budget spending could stir popular anxiety over  economic hardships.

“The presentation of Iran’s budget proposal every year is a big thing, because it contains, you know, most financial information of the country,” Thomas Erdbrink of The New York Times reported from Tehran earlier this month.

This comes after massive street protests erupted across Iran in late December, with protesters citing low incomes, poor quality of life, and other economic problems as the main reason for the civil unrest.

Rouhani had sent his draft budget proposal to the parliament back in November, and some say his budget transparency triggered a reaction in the form of public outrage and street demonstrations.

“This year, the proposal was presented quietly, but when people started going through its pages, they found information that they previously hadn’t seen,” Erdbrink said. “They also read in the budget that they would be forced to pay more for fuel. They read in the budget that the monthly cash handouts of Iran, $12 a person, would be cancelled for 30 million Iranians.”

“Huge amounts of this budget will be spent for regional ambitions in Yemen, Syria, Lebanon and Palestine in support of Iran proxies,” Babak Taghvaei, an Iranian political expert, said.

The government, however, has to implement tighter fiscal policies. Crude oil is Iran’s main source of budget revenue, and with oil  standing at $55/bbl in 2016, according to the data from Federal Reserve Bank of St. Louis, budget revenues have been very modest over the past two years. This despite international oil prices have increased to $70/bbl this year.

The parliament also proposed freezing the salaries of government employees, capping maximum increases in salaries for everybody else at 18 percent, and prohibiting any hikes in tariffs, duties, and other costs of services provided by government organizations.

The proposed budget revisions will be discussed in early February.