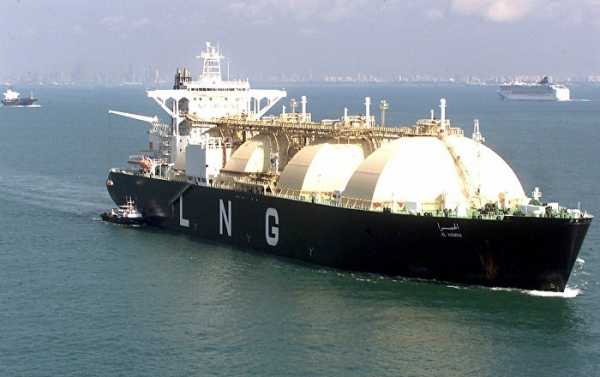 Iran’s National Gas Company is intent on raising the country’s share in the global gas trade as the Islamic Republic is shifting its focus to international markets.

Iranian liquefied natural gas (LNG) exports reportedly rose to around 500,000 metric tons in April as this month’s shipments were 14 percent up from last month’s figure, to bring this year’s total shipments to 1.86 million metric tons.

According to shipping sources, cited by Iranian media, most of the April cargoes are again bound for China.

China’s Oriental Energy Company (OE), loaded 34,000 tons of propane and 14,000 tons of butane supplied by Iranian Gas Commercial Co., aboard an LNG tanker at Iran’s Gulf port of Assaluyeh, which is scheduled to arrive at China’s Qinzhou on Wednesday.

The shipments of Iranian natural gas come as OE was recently ordered by a Texas state district court to pay $523.8 million in damages to Germany’s Mabanaft following an LPG contract dispute.

The court ruled that OE had breached its contract by failing to provide a letter of credit ahead of its first scheduled shipment of propane from the US Gulf.

Beijing also plans a hefty, 25-percent increase in import duties on US propane in a retaliatory move which, if implemented, would add a new twist to the US-China trade war. This could shift China’s import focus to the Middle East, including Iran.

In the meantime, Iran is pressing ahead with its natural gas shipments to Indonesia, with 33,000 tons of propane and 11,000 tons of butane arriving in the country on April 19.

A shipment of 44,000 tons of propane and butane is due to arrive on Wednesday and another 45,000 tons are slated to arrive at the Indonesian port of Tanjung later this week.

Other destinations for Iranian gas exports are India, Thailand and possibly Kenya.

Into the Digital Age: Shipping Industry to be Transformed with Blockchain...

“The details are irrelevant in terms of decision-making”: Joe Biden answers...

Half of Republicans say increased racial diversity will be “mostly negative”