Home Business Is It the Guns? US Coffee Shop Refuses to Serve Police Citing... 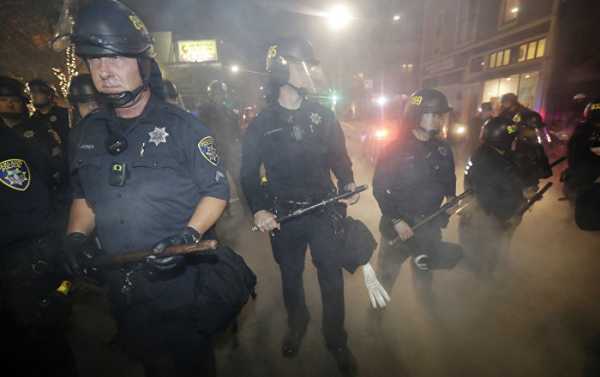 A popular independent local cafe in Oakland, California, has grabbed some international notoriety for refusing to serve coffee – or anything else – to weapon-carrying police officers in uniform.

Claiming that the “safety of customers” is at stake, the owners of the perhaps appropriately-named Hasta Muerte (Spanish for ‘Until Death’) cafe in the ethnically-diverse northern California city are refusing to serve the police.

The owners of the small cafe refused to comment on their audacious tactic, although they did post to their Instagram account with a photo that says — in Spanish — “Talk to your neighbors, not the police,” according to Ktvu.com.

The Instagram post offers some reasoning for the cafe’s move, including the assertion that, “We have a policy of asking police to leave for the physical and emotional safety of our customers and ourselves.”

In a nod to recent scandals that have rocked the Oakland police department (OPD), a force that has seen repeated firings and resignations at the highest levels, the cafe also stated that: “OPDs recent attempts to enlist officers of color and its short term touting of fewer officer involved shootings does not reverse or mend its history of corruption, mismanagement, and scandal, nor a legacy of blatant repression.”

OPS representatives have taken a cautious stance with regard to cafe policy, and a sergeant turned away from the little coffee shop has claimed publicly that he is hoping to talk with the owners and potentially foment a positive relationship within the community, cited by NBC Bay Area.

The Oakland Police Officers Association also claimed that they have reached out to the cafe in the form of a letter seeking what they referred to in a press release as a “dialogue about its policy,” according to NBC News Bay Area.

The cafe statement, clarifying its position, noted that, “as we know OPD, unlike the community, has tons of resources, many of which are poured into maintaining smooth public relations to uphold power.”

England’s midfielders: Who should Gareth Southgate take to the World Cup?

US Tariffs to Have Limited Effect on China’s GDP Growth, Exports...