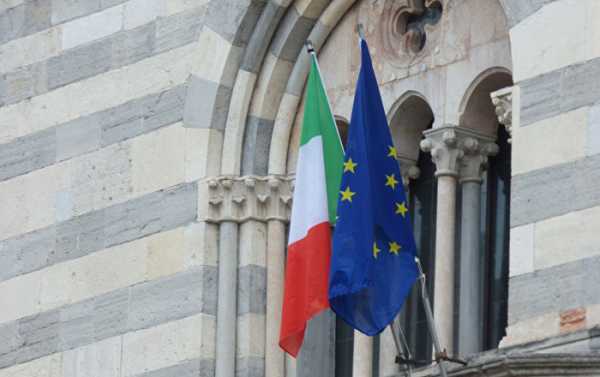 A dozen Italian politicians, including governors and mayors, have knocked the Netherlands for giving a no-go to the so-called “coronabonds” that are to be repaid later on, but are for now capable of rescuing those EU member states that have been hit the hardest by the COVID-19 pandemic.

In an open letter published in the German newspaper Frankfurter Allgemeine Zeitung  and posted on Twitter by European Parliament member Carlo Calenda, one of the signatories, a 12-strong group of Italian politicians has called out the Netherlands, citing its reluctance to support EU financial assistance to the countries most affected by the coronavirus.

They found fault with the Netherlands for blocking emergency aid to EU member states, despite “using its tax system to withdraw tax revenue from major European countries for years”, the letter has it.

While nine countries supported the plan, “the Netherlands is currently leading a group of countries that oppose this strategy, and Germany also seems to want to follow this group”, the politicians said, adding that the additional funds would enable the bloc to assist “the socially weak… who are most affected by the crisis today”.

Led by Member of the European Parliament Carlo Calenda, the politicians addressed the German public, calling on it to remember an episode in history when the Germans were granted sufficient support to rebuild after World War II, all the way to the country’s reunification.

The large European rescue fund could be structured similarly to the billions of deutschmarks that Germany needed even though it “could never have repaid the accumulated debts”, the Italians stated, adding that in today’s case, on the contrary, “old debts are neither deleted nor distributed”.

The Italian politicians, including Governors Stefano Bonaccini (Emilia-Romagna) and Giovanni Toti (Liguria), and the mayors of Ancona, Bologna, Brescia, Genoa, Milan, Padua, Syracuse, and Venice, pointed out that the issues at the centre of the debate challenge “the survival of the European Union”.

They argue that the seriousness of the coronavirus pandemic and its varying impact on different states has proven that the EU must act as a united body that is willing to cooperate and give a helping hand in case of an emergency. Otherwise, they said, the bloc is doomed:

The pandemic has already inflicted massive damage on the global economy – primarily on small and medium businesses – as trade logistics and economic networks at large have been disrupted due to across-the-board quarantines and self-isolation. Some business spheres, like the travel and the service sectors, have been altogether brought to a standstill, with economists alleging that the “financial stress” may last well beyond 2020.

Two of the countries that have been hit the hardest by the pandemic are Italy, which has registered 97,689 cases and over 10,000 related deaths, and Spain, where the number of those infected has climbed to 78,797, per WHO statistics.

Trump is upset about voter suppression? He should be mad at...