Home Business ‘It’s Wrong for EU to Respond to US Demands With Concessions’ –... 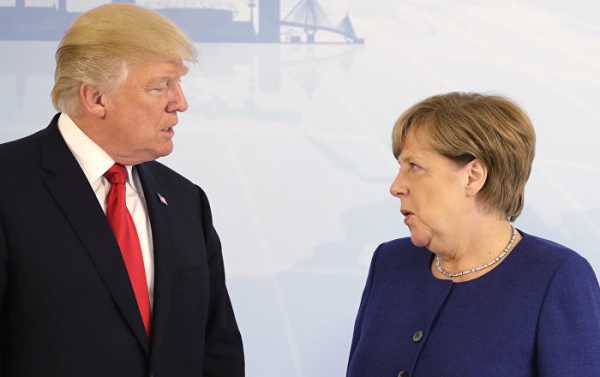 German businesses are worried about the current trade policy of US President Donald Trump. Eric Schweitzer, the President of the German Chamber of Commerce and Industry, believes that the EU should pursue a tougher stance toward Washington.

For decades, the US has been a guarantor of free and fair world trade based on internationally accepted rules, but this policy is “obviously over for now,” Schweitzer argued.

According to him, Trump is focusing only on American interests contradicting his previous statement that “America First does not mean America alone.”

In this regard, he argued that it is always important to maintain dialogue, but stressed thatthe EU should “learn its lessons” and pursue a tougher stance.

“We are moving in the wrong direction if we automatically respond to new demands with concessions,” Schweitzer concluded.

Earlier, the European Union confirmed its commitment to the agreement and is seeking to protect its companies operating in the Islamic Republic from secondary sanctions; for instance, the European Commission has already announced it will introduce the 1996 “blocking statute” to counter US restrictions.

The move came after US President Donald Trump said that his country would exit the 2015 Iran nuclear deal on May 8. Along with the withdrawal from the agreement, the United States is restoring all sanctions against the Middle Eastern country, including secondary ones in relation to other countries that conduct business with Iran.