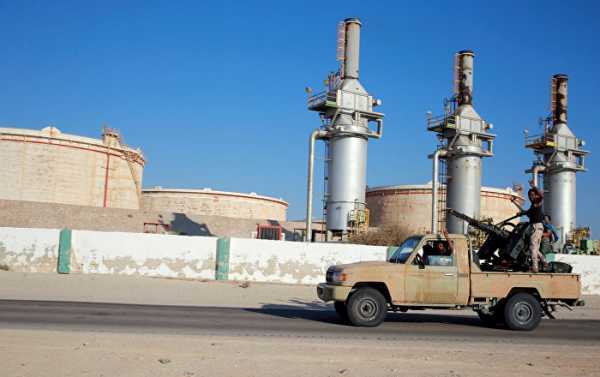 NATO-backed rebels killed Colonel Muammar Gaddafi and toppled his regime in late 2011, as part of the wider so-called “Arab Spring.” Almost seven years on, the country is ramping up its oil exports, but remains divided between opposing militant factions.

Libya is producing around 1.05 million barrels of per day (bpd) of oil, with much of it being exported abroad, primarily to Europe, the Reuters news agency reported on April 6, citing a source in Libya’s oil industry.

Libya, which is a member of the Organization of the Petroleum Exporting Countries (OPEC), has the largest proven oil reserves in Africa. The country’s oil output has been subject to fluctuations, as the local industry has underdeveloped upstream infrastructure.

A number of Libyan oil fields and facilities aren’t operational due to strikes by workers and technical failures, but oil companies operating in many parts of the country are continuing to extract and export oil.

Many parts of the north African state are still witnessing violent clashes between warring rebel groups.

After Gaddafi was toppled, the slave trade made a return, and various human rights groups are still reporting of widespread torture by numerous rebel groups, including those who were directly supported by the NATO-led coalition.

More kids have autism, better diagnosis may be the reason

Arlene Gottfried’s New York, Through the Eyes of Her Brother, Gilbert...