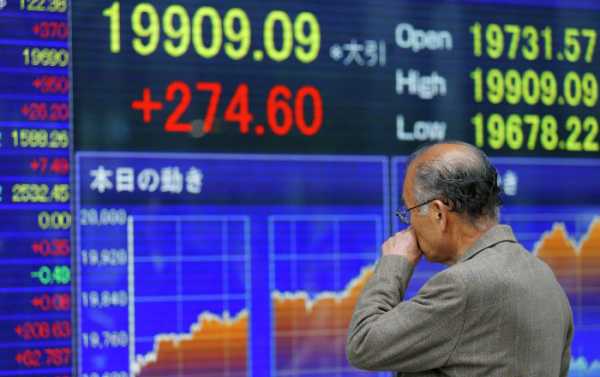 Washington’s and Beijing’s announcement of the long-awaited phase one trade agreement, due to eventually put an end to the 17-month dispute, came on 13 December, with the sides agreeing to stop new projected tariffs from taking effect.

Asian stocks showed their best performance in almost eight months on Monday, weeks after the US and China agreed on preliminary trade arrangements.

Separately, a “lower-than-expected” Australian budget has likewise “built expectations by markets for further easing from the Reserve Bank (of Australia)”, per Ryan Felsman, senior economist at CommSec in Sydney, who noted that the trade deal and the diminished risk of a no-deal Brexit after the Tories’ win in the UK snap vote backed the bullish sentiment in Australia.

Chinese investors started Monday with arguably lukewarm expectations, with the CSI300 index climbing 0.3% higher by the afternoon, while the country’s industrial output and retail enjoyed a near two percent increase on Friday.

The lengthy trade row between the world’s two biggest economies is viewed to have impacted world economic growth:

US Treasury yields also showed an upward trend on Monday, reflecting positive expectations from the trade deal. For instance, Benchmark 10-year Treasury notes went up to 1.8365% compared with their close of 1.821% on Friday.

The dollar was likewise up, along with the euro and sterling, with the latter leaping last week after the UK election: it fanned a 0.48 percent growth to $1.3389.

In addition, the United States agreed to halve the duty rate to 7.5% on $120 billion in Chinese goods.

Fox News reportedly killed a story about Stormy Daniels before the...