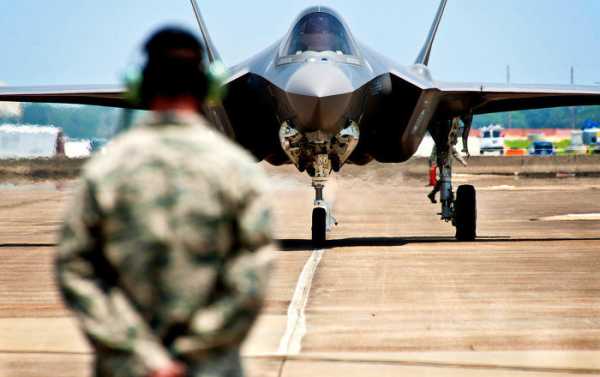 Lockheed Martin’s F-35 executive director is making new promises about the problem-plagued fifth-generation fighter jet in the wake of recent revelations that only half of the US’ 280-aircraft fleet is available to fly if called upon.

“I am certain the F-35 will set records for aircraft availability for a modern fighter in the future, without a doubt,” Jeff Babione, executive vice president for the F-35 program, told Military.com on Monday.

Only about 50 percent of the nine-figure planes are ready to take flight on a real mission at a moment’s notice, a Pentagon report published in late January found. This condition “has existed with no significant improvement since October 2014, despite the increasing number of aircraft,” according to Robert Behler, Pentagon head of operational testing.

Babione predicted improvements in F-35 availability, but did not say when its availability would improve or how much better the availability rate would be in the future.

Just this week, the Pentagon’s F-35 Joint Program Office confirmed that a mere 51 percent of the US’ latest F-35 aircraft are flight ready. The planes from the initial production batches have an availability of around 40 percent while more recent lots have averaged better availability rates of about 70 to 75 percent, Vice Admiral Mat Winter said Monday.

Last week, Winter had some harsh words for his counterparts at Lockheed Martin. “I will tell you I am not satisfied with the collaboration and the cooperation by Lockheed Martin,” the admiral told reporters, breaking the pattern of a generally unified message that emerges from the Pentagon and Lockheed Martin about the frequently-troubled F-35.

On Monday, the Lockheed Martin executive pinned the low availability rate to the F-35’s well-documented logistical inefficiencies. “For various reasons, the depots have not come online fast enough,” which has “left a gap in repair capacity that the [parts manufacturers] are trying to fill,” he said.

The Pentagon’s capabilities to “repair F-35 parts at military depots are six years behind schedule, which has resulted in average part repair times of 172 days — twice the program’s objective,” the Government Accountability Office reported in October. The GAO also found that there was a shortage in spare parts for the aircraft.

What to Stream This Weekend: Agnès Varda’s Chronicle of a Parisian...