Home Business Macron Views Lifting of US Tariffs on Steel as Condition for Trade... 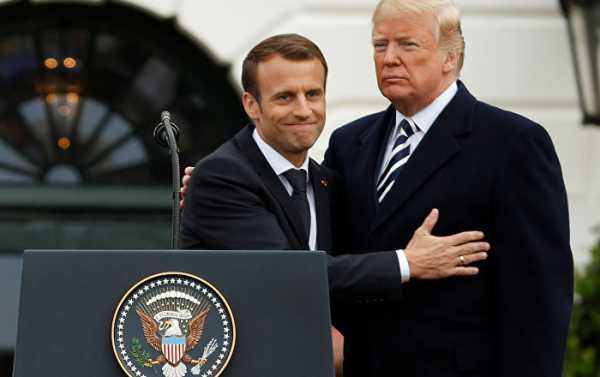 BRUSSELS (Sputnik) – The preliminary conditions for any talks on trade with Washington is lifting the tariffs on steel and aluminum recently imposed by the United States, French President Emmanuel Macron said on Thursday.

“Our position is that we are able to improve something and do it through a dialogue, but the preliminary condition for any discussions with the United States is lifting the tariffs which have been proposed and still threaten to come into force by June 1, without technical or temporary conditions,” Macron said on the sidelines of the EU-Western Balkans summit in Sofia.

Macron stressed that France insisted on lifting the tariffs without any conditions and restrictions “from the perspective of the European sovereignty.”

In late March, the United States imposed 25-percent and 10-percent tariffs on imported steel and aluminum, respectively. A number of states, including the European Union, were granted temporary exemptions until June 1.

Brussels repeatedly expressed opposition to the US move. On Wednesday, European Council President Donald Tusk said that Brussels would insist on a permanent exemption from US tariffs on aluminum and steel.

“A White House report points out that Mao and I both...