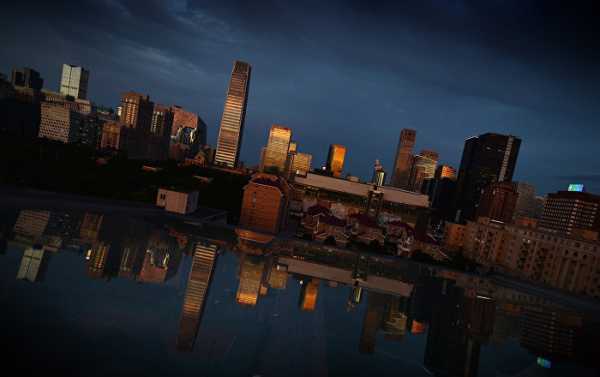 The Chinese government is seeking to combine tax cuts with deregulation and, possibly, lower interest rates, in order to support economic growth in the nascent era of high volatility in foreign trade.

Kristian Rouz — A new finance minister in the central government in Beijing is vowing to change the tax code, including a review of tax rates on transportation and manufacturing. This comes as the Chinese authorities seek to boost economic efficiency, and advance a broader reform aimed at shifting the main source of growth from exports to domestic consumption.

Mainland China’s new finance minister, Liu Kun, said he aims to provide a fiscal stimulus to the economy in order to support the slowing GDP growth. Liu’s proposed tax changes include cuts to the value-added tax (VAT) on national manufacturing and transportation, as well as a possible re-examination of sales tax on a broader selection of consumer goods and services.

Liu also rebuffed the recent statements from several US officials, who said mainland China has drifted away from the reforms aimed at opening up its economy, and making it more market-oriented.

“No one understands market economy better than the Chinese people and Chinese government officials,” Liu said.

Liu has also pledged a comprehensive review of budget management, seeking to curb rampant corruption in order to improve the central government’s fiscal performance. Additionally, a budget performance review could help contain the threats to growth and economic stability posed by the massive “shadow lending” industry, which has provided money liquidity to provincial governments since the global economic crisis back in 2009.

Liu made his remarks at the China Development Forum in the mainland’s capital. He didn’t provide additional details of his planned fiscal overhaul.

Liu was appointed as China’s new finance minister earlier this month, and his reform-minded comments were made during his first public appearance in his new capacity.

Beijing’s fiscal stimulus is expected to somewhat mirror the fiscal package introduced by US President Donald Trump last year, several key provisions of which — most prominently, the tax cuts — have already been implemented.

In the nascent era of tighter monetary policies, accommodative fiscal measures are set to become the key engine of economic expansion. Several central banks, including the Bank of England (BOE) and the Federal Reserve, have recently been raising base borrowing costs and withdrawing excessive funding from their respective economies.

Chinese officials are thus joining the global race of fiscal stimuli, which, however, could exacerbate Beijing’s debt-to-GDP problems.

Additionally, amidst the concerns of disruptions in China’s foreign trade, the Communist Party of China has made a major personnel change at the Chinese central bank — the People’s Bank of China (PBOC).

The government appointed Guo Shuqing as the new PBOC Secretary. Guo previously worked as the government’s chief regulator of commercial banks, and is responsible for the mild deregulation — such as cutting reserve ratio requirements (RRR) for commercial bank.

Guo has provided monetary stimulus to China’s banking sector in the absence of the PBOC’s monetary accommodation, and is seen as an efficient central planner.

Moreover, Liu said his reforms will improve foreign investment in China, as well as Chinese investment overseas in order to support what he described as the “new globalization situation.”

China’s investment overseas includes such projects as “Silk Road” and massive infrastructure investment in the developing countries on the African continent, as well as in Oceania. Some see it as an integral part of Beijing’s “yuan diplomacy,” aimed at bolstering the mainland’s position in international affairs.

These recent developments suggest Mainland China is mirroring the policies of fiscal stimulus implemented overseas, whilst seeking to add additional monetary accommodation in the wake of foreign trade concerns.

Although a combination of both the monetary and fiscal accommodation could pose the risk of overheating the economy, a fiscal reform and tailored central bank stimulus could push China’s economic growth slightly above the current expectations, offsetting some of the spillover of its disputes in foreign trade.

Check out this rugby league player’s rather unique ‘pitch inspection’ in...