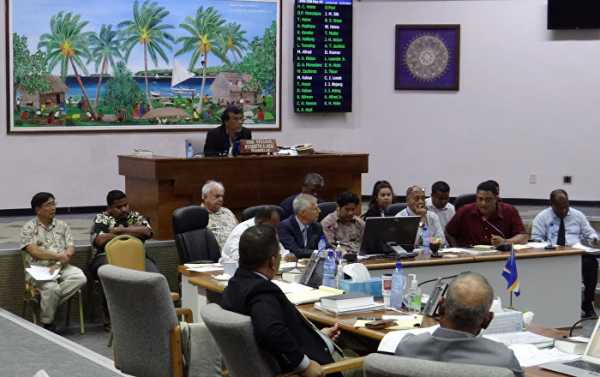 Seeking to boost its economy and raise more money for the budget, a small Pacific state has moved to establish its own national cryptocurrency.

The Republic of the Marshall Islands has publicly announced the creation of its own cryptocurrency, which will become legal tender in the country, on par with the US dollar, which, until this development, was the nation’s only currency.

“This is a historic moment for our people, finally issuing and using our own currency, alongside the USD (U.S. dollar). It is another step of manifesting our national liberty,” said President Hilda Heine in a statement.

The new digital currency, called Sovereign or SOV, is to be issued in partnership with Israeli the company Neema, whose CEO Barak Ben-Ezer has described this undertaking as a new era for cryptocurrency.

While the law on the new cryptocurrency has already been adopted by the Marshall Islands’ lawmakers, it remains unclear exactly when the currency will be issued.

Earlier Venezuela launched its own digital currency called the petro, with each of its units backed by a barrel of crude produced in the county.

As preliminary sales of the petro have already reportedly reached $375 million, Turkey is now considering a similar initiative, while Israel’s Diamond Exchange is prepared to introduce a new cryptocurrency backed by precious gems.

#DeadManWalking: In India, People Often Return From the Dead and Nobody...

Drugs Offered to Johnson by Trump Have Not Been Clinically Tested...