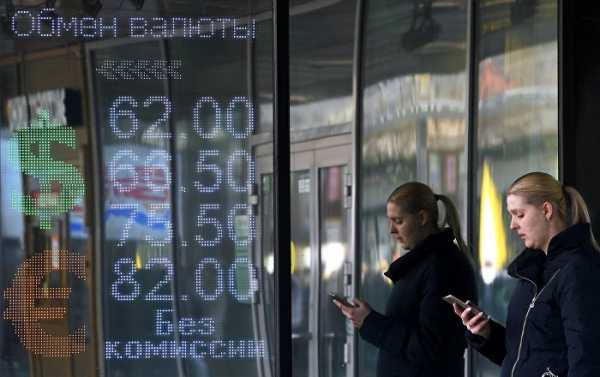 WASHINGTON (Sputnik) – The Twitter message sent by US President Donald Trump warning Russia and China not to devalue their currency was simply a warning shot to the two countries, US Treasury Secretary Steven Mnuchin said on Tuesday.

“It was a warning shot at China and Russia about devaluation,” Mnuchin said in an interview with CNBC.  “It’s a warning shot to make sure China doesn’t devalue the currency as they have in the past.”

In the interview, Mnuchin was asked to clarify Trump’s message, because it contradicted a report issued on Friday by the Treasury Department, which said China’s currency recently moved in a way that would benefit US exporters.

On Monday, Trump sent out a Twitter message saying, “Russia and China are playing the Currency Devaluation game as the US keeps raising interest rates. Not Acceptable!”

The US Treasury has again refrained from naming any major trading partners as currency manipulators, as it pursues potential tariffs and negotiations to try to cut the massive trade deficit with China, in a semi-annual report.

On April 6, the US Treasury Department added 38 Russian businesspeople, senior officials, and companies on its sanctions list, in response to Moscow’s alleged “malign activity.”

Russian lawmakers, in response, have submitted a wide-ranging bill that could freeze crucial exports to the United States.

Tooth-mounted trackers could be the next fitness wearables