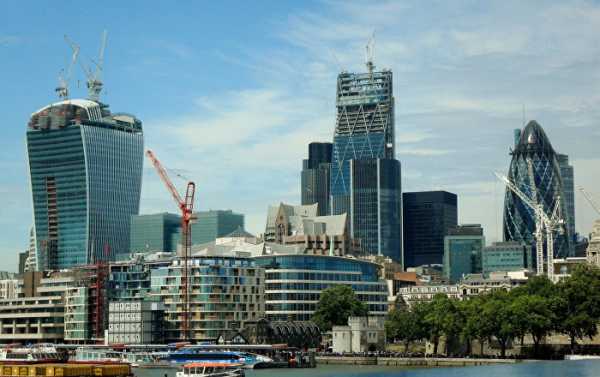 In a sign of its political standoff with Moscow spilling over into the realm of finance, Britain wants to prevent the placement of Russian Eurobonds, which have helped bring tens of billions of dollars into the Russian budget.

Is this threat real and if so, how will Russia’s Central Bank respond to it? Sputnik correspondent Natalya Dembinskaya tried to find out.

According to The Guardian, Prime Minister Theresa May is considering a proposal to ban the sale of Russian bonds through the London clearing house.

The chairman of the parliament’s Foreign Affairs Committee, Tom Tugendhat, who proposed the idea, believes that loopholes in British and European legislation allow Russian banks included in the EU’s sanctions list, to issue Eurobonds to make money in the capital markets of the EU and the US.

The idea is to prevent the major clearing companies, Eurostream and Clearstream, from servicing Russian bond issues. If implemented, this would seriously impede foreign investors working with Russian public debt.

Market analysts do not expect a complete clearing house ban however because Euroclear and Eurostream are European, not British, companies.

“I think this could hamper the placement of Eurobonds by the Russian Finance Ministry,” Timur Nigmatulin, a financial analyst at the Otkrytiye brokerage firm said. He added that while impacting the new Eurobond issues, the measure would hardly affect what is already on the market.

The past few years have seen Russia gradually reducing the share of US Treasury securities in its reserves, while ramping up investments in gold in a bid to lessen its dependence on any currencies. However, US treasury securities still account for a hefty 70 percent of Russia’s financial calculations because this is how the world financial system works.

Chances are that Russia’s Central Bank could respond to possible British sanctions by reducing investments in bonds and the British pound.

Many experts believe that even though theoretically possible, this would not make much sense because, first, the United Kingdom is not the focus of Russia’s financial interest and, second, every country needs a diversified and liquid portfolio of assets.

“Politics and foreign trade do not always go hand in hand. Moreover, the formation of reserves is needed as an alternative both where comes to profitability and possible risks,” the head of the analytical department at Grand Capital, Sergey Kozlovsky, said.

“Active measures that could hypothetically be taken by the Russian Central Bank could negatively impact the British pound, undermining its value in relation to the main currencies,” Nordea bank’s senior analyst, Denis Davydov, said.

Even though possible British sanctions could seriously depreciate Russia’s Eurobonds and increase the risk of investing in ruble-denominated securities, they do not threaten the stability of the Russian financial system.

Finance Minister Anton Siluanov believes that with market demand for Russian Eurobonds remaining high, they will be redeemed by domestic investors.

South Dakota to Hold First State-Wide Trials of Hydroxychloroquine in US...

Do Democrats think the government should be able to get around...