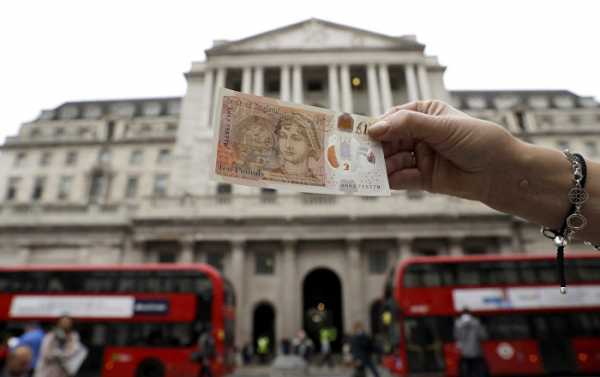 British investment in productive enterprises has collapsed to levels below much of the developed world, a situation exacerbated by the Global Financial Crisis.

The UK think-tank Civitas has published a report in which it claims that Britain’s chronic levels of under-investment and sluggish economic growth could be alleviated through a national bank that would channel government-directed investment across the country, particularly targeting economically deprived regions of the United Kingdom.

The report’s author, Justin Protts, advocates the creation of a body analogous to the Small Business Administration set up by the US Congress in 1953, or the Reconstruction Finance Corporation, founded in 1932 to combat the effects of the Great Depression.

Britain has suffered from sluggish growth which intensified since the 2008 Global Financial crisis, during which financial institutions effectively ceased lending due to the sub-prime mortgage crisis originating in the United States.

In 1990, investment in productive enterprises comprised about one quarter of Britain’s GDP which has since fallen to just over 16 per cent as of 2016, putting the UK behind most industrially developed nations.

Such a policy, if enacted, would markedly differ from the last three decades of economic and social policy in Britain and the United States, where the model of “limited government” that does not interfere in the economy and minimization of social spending has predominated since the mid-1980s.

According to the report, the root cause of the climate of underinvestment has been the unwillingness of private banks to loan to small and medium sized enterprises (SMEs) due to their lack of apparent profitability.

A national infrastructure bank has been one of the signature policy proposals of the Labour Party under the leadership of Jeremy Corbyn.

India Charges Man With Rape of Five-Year-Old Girl on US Embassy...