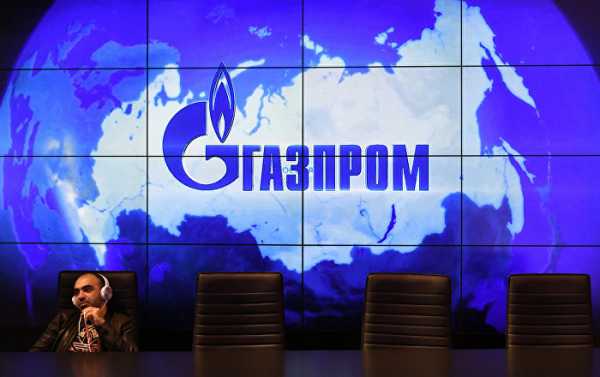 NATO’s deputy secretary general has called for equal vigilance over Russia’s Gazprom dominance, chemical and nuclear threats, as well propaganda and misinformation during her meeting with the Ukrainian leadership during the Kyiv Security Forum.

NATO Deputy Secretary General Rose Gottemoeller dedicated her speech at the Kyiv Security Forum to Russia, which “has created a fog of neither peace nor war, but of constant crisis and destabilization.”

At the meeting in the Ukrainian capital, she briefed the country’s ministers and security officials on its key goals for countering threats. Her key message, according to the NATO web-site, was “We must be more aware and alert, we must be resilient to attacks and we must be ready to respond.”

According to the NATO official, Moscow uses hybrid, or asymmetric techniques, and stressed the need to be “ready to respond and perhaps do so asymmetrically.”

“Cyber-attacks, disinformation, election interference, the use of nerve agents… every day these dangers confront us now, with the goal of sowing disunity and breaking our resolve.  No-one knows this better than Ukraine, who has been battling these techniques non-stop for the past four years,” Gottemoeller said.

She pointed out that resilience is a must, naming a long list of threats Russia poses, from cyber-attacks to chemical weapons and reliance on Russia’s Gazprom.

“I cannot talk more seriously about this matter in the cyber realm, to defend against attacks, energy security; to force back against the dominance of any single actor, such as Gazprom, and, I am sad to say it, CBRN response, Chemical, biological, radiological, nuclear.  We have to paying attention to the matter of CBRN resilience these days, and I think this too is an important area,” the deputy secretary general alerted the audience.

She reassured Kiev’s officials of the Alliance’s cares and support for better defense against hybrid or asymmetric threats. According to a press-service, Gottemoeller patted Ukraine on the back for its reaction to the Skripal case as Kiev expelled 13 diplomats, which is more than any European country except the UK.

At the same time, Ukrainian Interior Minister Arsen Avakov also announced that Kyiv is ready to ban doing business in Ukraine for companies taking part in the Nord Stream 2 project.

He named the French company Engie, which has “a little share” in NS 2, among his collaborators, who could be hit with these sanctions. According to Avakov, such companies “march on his country’s independence.”

Nord Stream 2 is a joint project run by Russia’s Gazprom together with France’s Engie, Austria’s OMV AG, Anglo-Dutch Royal Dutch Shell, and Germany’s Uniper and Wintershall. It will deliver 55 billion cubic meters of Russian natural gas per year to the EU, through a pipeline across the Baltic Sea to Germany, bypassing Ukraine.

A number of countries have opposed the implementation of the project, particularly Ukraine, which is concerned of losing revenues from the transit of Russian gas, and the United States, which seeks to export its liquefied natural gas (LNG) to Europe.

The Diplomatic Knives Are Out After Trump’s Embassy Move

Fire Traps About 130 People in Mine in Northern Sweden –...

The many 2020 polls are telling a pretty clear story