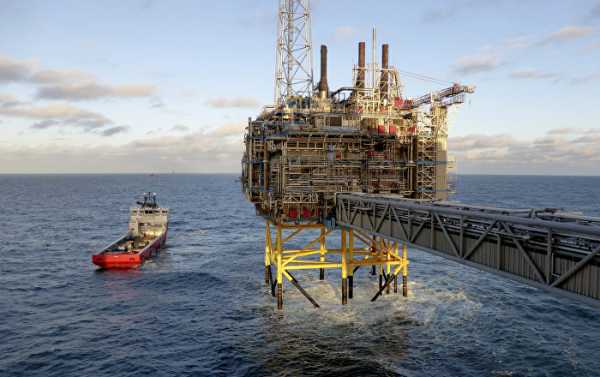 As most European countries are net importers of crude oil and natural gas, they have largely relied on Russia’s vast natural resources to meet domestic demand for energy. Russia is particularly important to Europe as a natural gas supplier, as it’s well-positioned to provide much of Europe with natural gas via pipelines.

Dutch authorities announced on Thursday that they will be reducing production at the Groningen natural gas field and will close the facility by 2030.

The field was once Europe’s largest source of natural gas, with it producing 53.8 billion cubic meters (bmc) of gas in 2013. Its output has fallen sharply since then, and the Groningen field will produce 21.6 bcm of natural gas in 2018 according to estimates.

The Dutch government is scaling back production in a bid to reduce the number and intensity of small earthquakes caused by the field, which have damaged thousands of properties.

“Our intention is to get towards 12 bcm in the coming four or five years, and to zero at the end of the coming decade,” Prime Minister Mark Rutte announced in a press conference.

Data released by the Dutch Economy Ministry forecasts that the country’s natural gas output will fall considerably over the next few years.

Users of Dutch gas in Germany and Belgium will be told to look for other sources to meet their energy needs, as the Netherlands won’t be renewing contracts. Meanwhile, domestic users are likely to look to alternative sources in lieu of natural gas and fossil fuels.

Despite exporting a record amount of gas to Europe last year, Norway – another large European supplier of natural gas – is also forecasting its output to fall over the coming decades.

The falling natural gas production capabilities of Europe has been expected for some time, and a number of EU member states, especially Germany, are looking to Russia to make up for the shortfall.

The Nord Stream 2 pipeline, which will operate in addition to the existing Nord Stream pipeline, will significantly boost Russia’s capacity to easily and securely supply natural gas to Europe.

A number of countries have criticized Europe’s continued cooperation with Russia in the energy sphere, and have unsuccessfully attempted to halt the construction of Nord Stream.

The construction of the pipeline is set to continue, with Germany issuing all necessary permits for the pipeline earlier this week.

Patrick Melrose and the Fall of the English Élite |

“This is now the new normal”: An expert explains why cybersecurity...