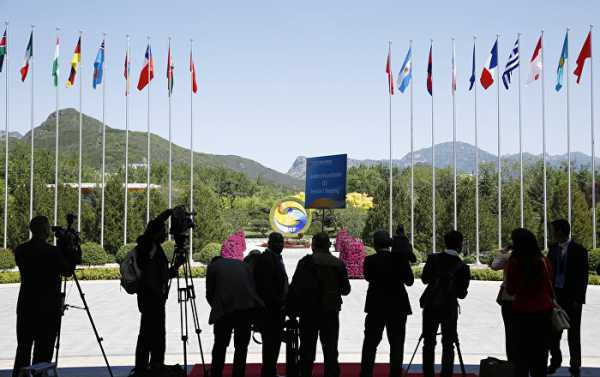 Last year Chinese President Xi Jinping came up with the project of building the Silk Road Economic Belt and the 21st-century Maritime Silk Road, calling for the integration of the region through broadening trade and increasing cultural exchanges.

The United States, Australia, India and Japan have reportedly been negotiating to establish a joint regional infrastructure plan as an alternative to China’s Belt and Road Initiative in a bid to counter Beijing’s increasing influence.

Citing a senior US official, The Australian Financial Review reported that the scheme designed by the four regional partners was still “nascent” and wouldn’t “be ripe enough to be announced” during Australian Prime Minister Malcolm Turnbull’s visit to the United States later this week.

Either way, the project, which is preferably called as an “alternative” to China’s Belt and Road Initiative, rather than a “rival,” is still on the agenda for Turnbull’s talks with US President Donald Trump, the official added.

“No one is saying China should not build infrastructure,” the media outlet cited him as saying. “China might build a port which, on its own is not economically viable. We could make it economically viable by building a road or rail line linking that port.”

China’s Belt and Road Initiative, also known as One Belt, One Road, is one of President Xi Jinping’s   most ambitious foreign policy plans, described by Beijing’s Foreign Minister Wang Yi as a “symphony performed by all relevant countries.” The Initiative embodies China’s aspirations to boost trade and economic growth across Asia and beyond. Last May, Xi invited world leaders to Beijing for an inaugural summit at which he promised to allocate $124 billion for the project, and enshrine it in the Communist Party’s constitution.

Historically, China’s Silk Road was an ancient network of trade routes that for centuries were indispensable to cultural interaction across Eurasia, connecting East and West.

We know ocean plastic is a problem. We can’t fix it...

Judge rules that documents given to the ODCE from the FAI...