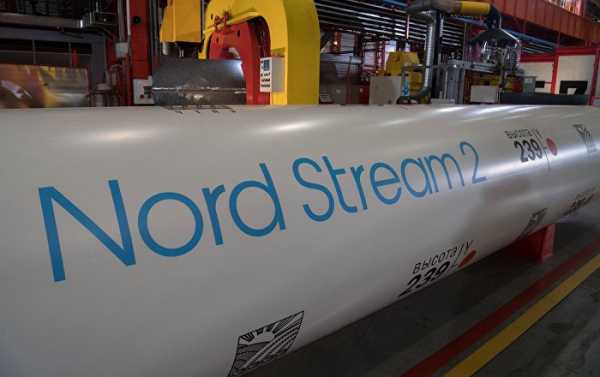 LONDON (Sputnik) – The Nord Stream 2 project will begin the process of attracting additional financing in the next couple of months, Chief Financial Officer Paul Corcoran told Sputnik on Thursday.

“We are starting the process in next couple of months and that will take up to a year,” Corcoran said on the sidelines of the IP Week in London.

He reminded that Russia’s energy giant Gazprom and five financial investors — Engie, Shell, OMV, Uniper and Wintershall — were already financing the project. However, under their plan, 70 percent of the gas pipeline construction is to be covered by the project financing.

Speaking further, Corcoran said that the project expected to receive a permit for the construction and operation of the gas pipeline in the Exclusive Economic Zone of Germany in the next few weeks.

“We received the German territorial water permit already. We expect the exclusive economic zone permit in Germany in the next weeks,” Corcoran said on the sidelines of the IP Week in London.

The start of the construction of the Nord Stream 2 is scheduled for summer, he reiterated.

Nord Stream 2 is a joint venture between Russian energy giant Gazprom and several major Western European energy companies. When completed, Nord Stream 2 delivers up to 55 billion cubic meters of Russian natural gas to Western Europe across the Baltic Sea via Germany annually. The project will run roughly along the same route as the existing Nord Stream pipeline network, which began its operations in 2011.

Several countries, including Ukraine and Poland, have stepped out against Nord Stream 2, out of fear of losing lucrative transit fees. The US, which has ambitious plans for selling its LNG to Europe, has also come out against the project.

Mitt Romney will have to face a primary in Utah’s Senate...

Roger Federer wins Sportsman and Comeback of the Year at Laureus...