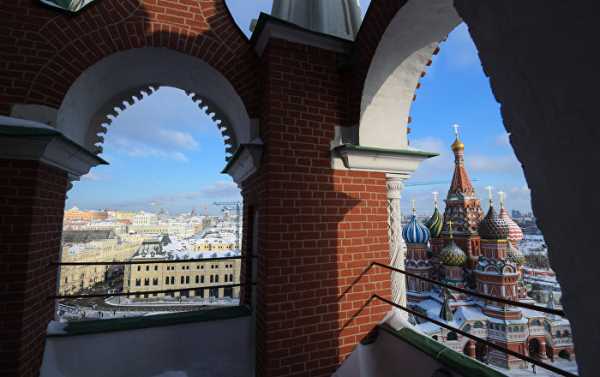 The number of tourists from the US visiting Russia increased by 25 percent in the first nine months of 2017 in comparison to the same period in the previous year, despite the prevailing anti-Russia sentiment in the mainstream media.

Oleg Safonov, the head of Russia Federal Agency for Tourism (Rosturizm), revealed the trend in an interview with Izvestia.

“We have very good dynamics of the incoming flow [of tourists] from the US, even though we don’t have national tourism offices there. In the first nine months of 2017, the Border Service of Russia’s FSB [Federal Security Service] recorded an increase in the number of American tourists entering the country of 25 percent compared to the same period in 2016,” Mr. Safonov told Izvestia – a daily Russian newspaper.

He went to identify anti-Russia propaganda as the reason for growing interest from US tourists in the country.

“They [Americans] are told stories about what is happening in Russia and people want to come and see for themselves. The Western propaganda campaign aimed at discrediting the Russian Federation, surprisingly, is working to increase the flow of [tourist] arrivals to our country,” Mr. Safonov added.

He also said many Americans are surprised when they visit Russia for the first time, because they have “low expectations” but they see a “a modern, peaceful and developed country.”

Russia is one of the most popular tourist destinations in the world, largely because of its rich cultural heritage – with over 20 UNESCO World Heritage sites – and its affordability.

“Our guests from the USA, with pleasant surprise, meet friendly people in Russia, delicious food, interesting objects of the tourist display, ample opportunities for recreation and affordable prices. They see a modern, peaceful and developed country,” Mr. Safonov concluded.

The pros and cons of having sex with robots