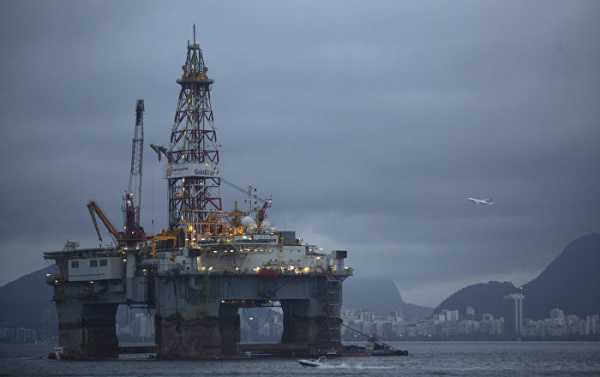 Oil futures have retreated as of early Monday morning, reflecting solid gains in US drilling and extraction, as well as solid demand for crude from overseas.

Kristian Rouz — International oil prices are declining as traders expect higher production in the US, stemming from the recently intensified drilling activity. This brings back concerns of a global oversupply, which have dominated the global energy market since late 2014 despite a decline in shipments from Brazil and Saudi Arabia, which should support prices in the near-term.

This comes as an increase in global oil prices over the past several months has encouraged investment in US drilling, particularly in the shale projects. Subsequently, multiple energy small-cap companies have been able to ramp up their extraction, bringing more oil to the market.

“Surging US production will hamper exponential growth in crude oil prices,” analysts from Singapore-based Phillip Futures said in a note.

According to the data from Baker Hughes, US drillers commissioned four oil rigs last week, bringing the total number of active rigs to 800 — much higher than a year ago. This suggests US oil companies have increased their investment and reinvestment in out extraction and exploration.

Additionally, the Energy Information Administration (EIA) observed US oil output has risen to 10.38 mln bpd — more than a 20-percent increase since mid-2016. This has allowed the US to surpass Saudi Arabia as the world’s second-largest crude producer. Russia is currently pumping almost 11 mln bpd.

Despite the shale boom and the US lifting its restrictions on oil exports, global oil prices remain highly exposed to political risks. Late last week, prices rallied due to the escalation of the Syrian conflict and broader tensions in the Middle East — and despite early signs of an increase in US production.

Besides, as the Trump administration is considering pulling out of the Iran nuclear deal by mid-May, a projected return of sanctions against Iran’s oil sector is stirring expectations of higher oil prices.

“If the US decides to put back the sanctions (against Iran), we have to look at what the consequences are, and then we will see, either (President) Donald Trump decides to maintain the waivers and we will move on with the (oil) project,” Total CEO Patrick Pouyanne said.

At the same time Pouyanne didn’t rule out that the Trump administration might not grant waivers to oil extraction in Iran — which would push international oil prices higher.

Meanwhile, OPEC member-states, joined by Russia, are committing to the oil production caps — a joint effort to curb oil output in order to support the prices. The effects of these oil caps might wane, however, as rising production in Canada and Brazil is contributing to a possible oversupply.

Another major oil producer, Venezuela, saw its oil output decline from almost 3 mln bpd back in 2005 to just half of that figure currently. This, the IEA said, could stave off the threat of oil oversupply in the near-term.

Currently, oil traders are reacting to near-term news, with political headlines largely dictating the direction of oil prices. While the global recovery has picked up speed over the past two years, the demand for oil is gradually increasing as well, due to the gradual acceleration of manufacturing and construction activity in the emerging market economies.

“Werewolf” Burrows Into the Souls of Young Drug Addicts |

16 new reports of child deaths from flu since last week