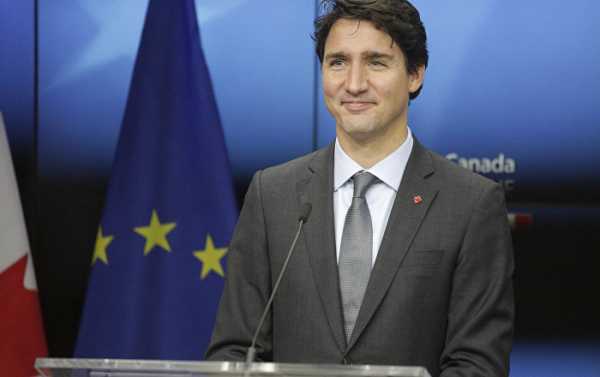 Prime Minister of Canada Justin Trudeau has called for the NAFTA talks to continue, as keeping the trade pact alive appears to be a vital necessity for his country’s economy – and for him keeping his own job.

Kristian Rouz – Prime Minister of Canada Justin Trudeau shared his upbeat sentiment over the ongoing process of re-negotiating NAFTA – despite the six past rounds of talks between Canada, Mexico, and the US not producing a major breakthrough.

PM Trudeau visited the US over this past week, having stopped at Chicago, San Francisco, and Los Angeles. During his brief tour, he expressed confidence that free trade is a major benefit for economic growth on the North American continent, and there is a “clear path” to striking an updated NAFTA deal.

This as the Trump administration believes the lion’s share of economic growth development in Canada and Mexico over the past two decades happened at the expense of US industries – most prominently, the automotive sector.

PM Trudeau’s cabinet has been lobbying among US lawmakers trying to win support for its cause of keeping NAFTA alive. Whilst President Trump seeks to terminate the agreement – as he doesn’t appear to see a way of making it fairer due to a massive discrepancy between labor costs in the US and Mexico – PM Trudeau believes that US-Canadian trade is not a “zero-sum game.”

“There is a clear path forward and we’re working very hard together on that path,” PM Trudeau said during a stop in Los Angeles Saturday. His country seeks to “ensure that we can move forward in a way that is a win-win for all of us,” the Prime Minister added.

He acknowledged, however, that the primary sticking point in the ongoing negotiations is the rules of origin in the auto industry. PM Trudeau said the new NAFTA agreement must take into account the people left behind by the recent shifts in global trade, manufacturing technology, and employment patterns.

The Canadian Prime Minister admitted he agrees with President Trump “too many people have been left behind.”

However, in sharp contrast to the US President’s agenda, PM Trudeau went on to call for a fair redistribution of the benefits of trade between  larger numbers of people.

The Canadian PM failed to address the stifling regulations hampering manufacturing output and driving labor costs up in the US and Canada over the past several decades. He also didn’t mention the issue of trade unions, whose setting of wage standards and limiting worker participation has hurt factory output and work efficiency.PM Trudeau pointed out that the US and Canada disagree on Chapter 11 investor-government dispute resolution mechanisms, whilst saying Ottawa also rejects Washington’s proposals on car manufacturing.

This as US trade officials seek to bring car production back to the US.

“We will not be pushed into accepting any old deal, and no deal might very well be better for Canada than a bad deal,” PM Trudeau said.

The trilateral talks to update NAFTA in line with US proposals started back in August, and President Trump originally planned to be done with the matter by the end of last year. However, now trade representatives from the three countries are not ruling out that negotiations could stretch into 2019.

However, there is just one round of talks left within the initially-agreed upon format of NAFTA re-negotiation. The US could pull out of the pact immediately after the final round produces no results, some officials say.

PM Trudeau, however, called for the talks to continue however long it takes.

“Let’s not step back from the progress our countries have made,” he said. “My friends, let us keep to the task, let us keep applying ourselves with unswerving dedication, with fierce ambition, relentless optimism and unfailing courage. Let us get this good work done.”

This as Canada, along with Mexico, see a possible loss of access to the US consumer market as a major blow to their economic growth. A unilateral termination of NAFTA by the US could trigger a spike in unemployment across the two other member-countries, entailing political instability – which could cost PM Trudeau his office.

Barcelona wants to build 500 superblocks. Here’s what it learned from...

The Violent Life and Shocking Death of XXXTentacion |