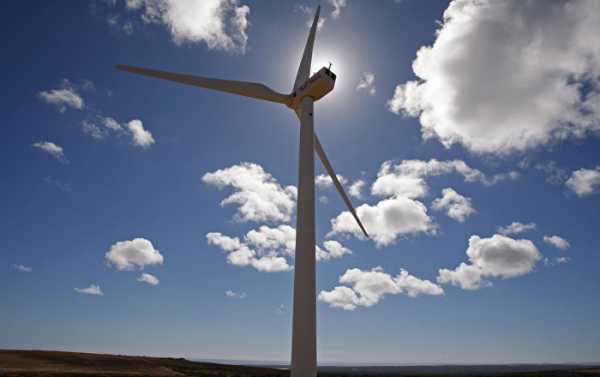 Renewable energy in the UK has been booming as the government grants regulatory assistance and generous subsidies to wind and solar power, whilst allowing coal-fired plants to close permanently due to their declining profitability.

Kristian Rouz — In another major development for the UK’s energy sector, the entire nation had gone without using any coal-generated energy for 55 consecutive hours, setting a new record for the first time in over a century. This comes as solar and wind power gain momentum, whilst strict environmental regulations have rendered many coal-fired plants unprofitable.

According to this outgoing week’s UK energy grid data, London’s stations went without using coal-fired power between 10:25 p.m. Monday and 5:10 a.m. Thursday. During this period, wind turbines increased their energy output, suggesting an improved sustainability of renewable sources of energy.

This comes, however, as energy costs for consumers — both business and private — are still high in the UK. Whilst Britain has plans to develop shale oil on the English-Scottish border, governmental regulations might prevent or significantly delay such a development.

Some energy experts have suggested the use of fossil fuels is in “rapid decline,” whilst others say the rising competitiveness of renewables is greatly attributed to governmental policies, regulations and the tax environment. Renewable energy is a highly-subsidized industry, as the costs of servicing and energy generation are high.

“The UK benefits from highly diverse and flexible sources of electricity and our energy mix continues to change,” Fintan Slye of the UK’s National Grid said. “However, it’s important to remember coal is still an important source of energy as we transition to a low carbon system.”

Previously, the UK went without coal energy for a continuous 40 hours last October, and experts suggest that the use of high-carbon energy could pose further declines.

“More records [are] to be broken this summer as coal continues its rapid decline,” analysts of Carbon Tracker, an energy think tank, said in a note.

Additionally, the UK’s wind power recently posted a new record, producing some 14 gigawatts of power for the first time in history — which constituted some 37 percent of the nation’s energy needs.

The UK was among the first few advanced nations to adopt renewable sources of energy, and the government has supported the nascent industries for decades, hoping to get rid of fossil fuel imports. Britain’s offshore fields of wind turbines are larger than those of any other nation, whilst its fields of solar panels are also impressive — despite the hardly sunny weather.

Meanwhile, Britain’s conventional power plants are closing at an accelerated pace, and some say this might undermine the UK’s energy independence. Solar panels are made primarily in China and mounting concerns regarding trade disruptions might affect the UK’s renewable energy sector.

However, British officials are planning to completely retire high-carbon energy generation by 2025, whilst increasingly providing regulatory approvals and subsidies to renewables. Solar and wind sources are also getting priority access to the nationwide power grid, stirring concerns of higher utility bills for British households.

Trudeau Says Over 44,000 Canadian Businesses Apply in One Day for...

What you need to know about Facebook’s new privacy settings