Home Business Remaining Permits for Nord Stream 2 May Be Issued in Summer –... 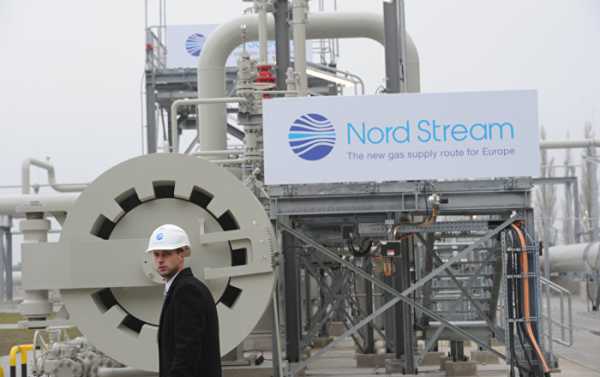 The project is beneficial both for Russia and European countries and doesn’t pose any threat in terms of the EU’s dependence on Moscow’s energy supplies, the director general of the Austrian oil and gas concern OMV, Rainer Seele, told DPA.

Decisions on the issue of the remaining permits for the construction of the Nord Stream-2 gas pipeline are likely to be made in late summer 2018, Rainer Seele stated.

The documents have already been issued by Germany and Finland. Corresponding decisions are also expected from Russia, Sweden and Denmark.

Seele also stressed that the EU’s dependence on Russian gas by no means poses any threat to European countries.

“A dependency is not a problem if it is mutual — as in this case,” he said.

During a meeting in Sochi on Friday, German Chancellor Angela Merkel and Russian President Vladimir Putin reiterated their readiness to further the implementation of the Nord Stream 2 project.

Merkel stressed that Germany views the gas pipeline as a “commercial project,” but noted that it’s important to create guarantees for Ukraine as a transit country in this regard.

For his part, Russian President Vladimir Putin said that the launch of the Nord Stream-2 project does not mean that the transit of Russian gas via Ukraine will be stopped.

“I would like to emphasize that the deliveries will be continued if they are economically justified and advantageous for those involved in the economic activity,” Putin said.

The Nord Stream-2 pipeline is projected to deliver 55 billion cubic meters of Russian natural gas annually to the EU across the Baltic Sea to Germany, bypassing Ukraine.

Some EU countries, including Ukraine, Poland and the Baltic States, have continuously spoken against Nord Stream-2, claiming that the project will increase Europe’s dependence on imported Russian gas.

The project has also been opposed by the United States, which seeks to export its own liquefied natural gas (LNG) to Europe.

What Will Alaska Be Without Winter? |

No Respite in Sight? Onion Prices Put a Dampener on Indians’...

Donald Trump’s attacks on “the Squad” are white identity politics in...