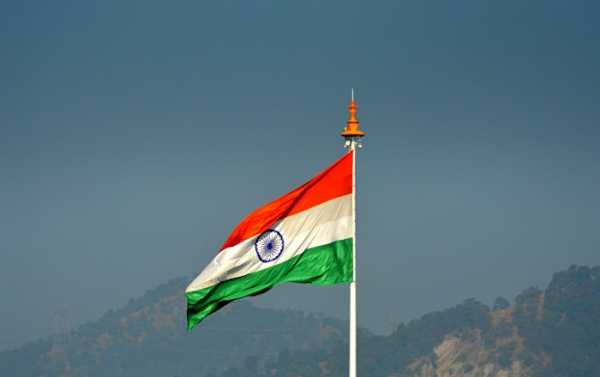 New Delhi (Sputnik): The unprecedented public health crisis due to COVID-19 has sent markets across the globe into a tizzy. As the value of companies has been going down much faster than estimated, some global giants are seeking opportunities to acquire strategic sectors in distress.

According to monthly data collected by agencies related to market share, it is estimated that investors have lost over $420 billion in March alone, with around 50 companies losing half of their market shares in a month. A similar trend has been witnessed in every country, of which the worst-affected remains the members of the European Union.

Rahul Gandhi, the top leader of India’s opposition Congress Party, raised a similar demand and said: “The massive economic slowdown has weakened many Indian corporates, making those attractive targets for takeovers. The Government must not allow foreign interests to take control of any Indian corporate at this time of national crisis.”

Almost every major institution is making grim predictions for the financial health of the Indian economy, and the World Bank on Sunday forecast 1.5-2.8 percent growth, which would be the lowest since the 1991 crisis.

As a 21-day lockdown to curb the spread of COVID-19 has brought the country to a standstill, there are fears that the worst phase of the economy may last for years.

N R Bhanumurthy, professor at the National Institute of Public Finance and Policy – a premier think tank in India that contributes to policy reforms at all levels of the government –  told Sputnik that the “Indian economy could register low growth that we have not seen in the past three decades”.

Sputnik: What is your analysis about the impact of COVID-19 on Indian economy?

Bhanumurthy: The pandemic situation is still evolving and it is only increasing uncertainty day by day. While it is difficult to assess its impact on the economy at this juncture, there are some transmission mechanisms that are visible. But unfortunately, the adverse impact appears to affect almost all the sectors, except in the case of agriculture, which is mostly subsistence production.

Sputnik: How much could it dent the economy, considering the current situation?

Bhanumurthy: At this stage, one can fairly assess that while India may not enter recession, given that the global economy is getting into recession, but the Indian economy could register low growth that we have not seen in the past three decades. This would also depend on how the public policy would navigate the economy in these unprecedented times. The economy appears to have suddenly halted. But the recovery may not be ‘V’ shaped. Rather we might see an elongated ‘U’ shape (the economic slowdown will sustain for years) with a highly staggered recovery.

Sputnik: Several countries, like Germany, have already started taking steps to sustain its economy through this crisis, which indicates that investment will definitely come down to India from the developed world. What would you suggest to the government to minimise the impact?

Bhanumurthy: Given Germany’s decision, it is clear that there could be another bout of protectionism. Apart from tariffs, countries could undertake regulatory measures to ensure protectionism. In other words, there could be de facto and de jure measures for protecting domestic industries – a kind of reverse globalisation. There could be similar concerns in India as well, and there are not many options other than learning from the German experience.

Sputnik: As per the estimate by the UN, 400 million Indian workers will go into poverty. What should the government do to prevent this major crisis… maybe some kind of step-by-step initiative?

Bhanumurthy: The UN’s assessment is based on the fact that there is no intervention from the governments (both Centre and States). However, there are various measures that are taken by various governments and we also expect some more fiscal support for poor and rural households. There are already some measures that help both the formal and informal sectors. But there is a need for a lot more measures so that people do not fall below the poverty line again.

Sputnik: Indian industries, including exporters, are seeking a $200-300 billion package. Does the country’s financial health allow this amount of economic stimulus and what ways would you suggest to provide relief to industries?

Bhanumurthy: Given the current global environment, we may need to focus less on the exports front, at least for the time being. However, for industry, the government and the RBI have already taken various measures that implicitly should support industry. But once the demand in the economy revives after the lockdown ends, there would be a recovery in the industrial sector. We also need to understand how these industries have protected labourers.

Sputnik: How much will health infrastructure spending increase in the backdrop of this pandemic?

Bhanumurthy: There are various reports that suggest that India spends just about 1% (including salaries) of Gross Domestic Product (GDP) on health. Given the pandemic, there are not many options for the government other than enhancing allocations in order to improve health infrastructure and services.

Chasing Hillary: The challenge of covering Clinton in the modern media...

‘No Barbecue’: NYPD Sends 1,000 Officers to Enforce Social Distancing in...