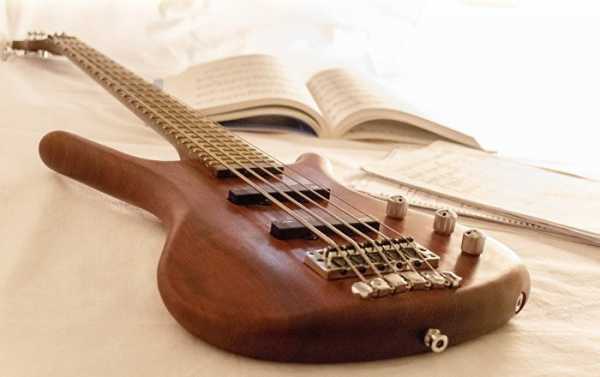 Guitar makers are queueing up to obtain governmental shipping licenses while replacing rosewood parts in their musical instruments with other types of wood after the UN slapped harsh restrictions on the global trade of rosewood – seeking to protect tropical rainforests.

Kristian Rouz — New international restrictions on the global trade of the prized wood threaten to cripple global manufacturing of musical instruments — primarily, guitars. This comes as the international community has taken steps to curb illegal logging in ancient tropical forests, resulting in disruptions in the shipments of rosewood and rosewood-containing products.

The new trade rules took effect last year and have started to affect production lines worldwide — from assembly lines in the US and Canada to manufacturing facilities across the Far East, from mainland China to Indonesia.

The new rules require that companies shipping rosewood and rosewood-containing products obtain special government-issued licenses, which is some countries take months to get, as many governments seek to ensure that rosewood does not come from illegal logging operations.

“Each country was suddenly responsible for interpreting what this new rule meant,” said Scott Paul of California-based Taylor Guitars.

The new rules come under the United Nations’ Convention on International Trade in Endangered Species of Wild Fauna and Flora (CITES), and include up to 300 species of rosewood, including Brazil’s most endangered rosewood.

As a result, storage facilities across Southeast Asia have filled with unshipped and unsold raw materials — bound for manufacturing facilities in North America — as well as ready product, or guitars made in the Far East.

Over the past several decades, the majority of guitar brands — including industry flagships Gibson and Fender — have used rosewood as their main material for guitar fretboards. Used along with maple for such purposes, rosewood fretboards are recognized for giving the instrument a “warmer” sound, which has defined the playing style of generations of guitar players.

Ironically, panic in the global guitar market is caused by the abuse of rosewood by a completely different industry, hardly related to popular music. The governments across tropical Africa and Southeast Asia took action to protect their rainforests in response to the gigantic volumes of rosewood shipped by Chinese furniture manufacturers to China over recent years.

China has experienced a massive construction and property market boom since 2015, and the demand for furniture has skyrocketed.

Meanwhile, after the rosewood restrictions were enforced, acoustic guitar exports from the US tanked by 28 percent, whilst exports of electrics plunged 23 percent, according to the estimated by Music Trades. US music instrument dealers have reported a net loss of $60 million so far.

“It was a steep learning curve for these companies,” said Timothy Van Norman, of the US Fish and Wildlife Service. “For them, it probably came out of the blue.”

According to the US Fish and Wildlife Service, the number of rosewood permit applications almost doubled to 40,000 last year alone and is expected to increase this year.

Additionally, industry experts say the prices of rosewood-containing guitars, and other guitars as well, are expected to rise this year — this as an enormous amount of instruments ready to be played absorbs moisture and gathers dust in temporary storage facilities in Indonesia and China.

Illegal rosewood logging has been controlled by organized crime across the impoverished countries in the tropical latitudes. According to rough UN estimates, between 2005 and 2014 some 10,000 tons of the wood was confiscated from rosewood smugglers — this as China’s rosewood imports rose by 2,000 percent over the same period.

This adds to the escalating threat of global trade disruptions, customs tariffs, but is rather a textbook example of a non-tariff trade restriction.

However, several guitar manufacturers have quickly come up with their own solutions. Fender — along with its Far Eastern subsidiary Squier — have replaced rosewood with pao ferro as the main fretboard material in their 2018 line of electric guitars, including the celebrated Stratocaster. Several North American manufacturers have planned to increase the production of guitars with maple fretboards.

These latest developments also come as a pleasant surprise for smaller and lesser-known guitar makers, who hadn’t been able to afford the cost of rosewood, knowing they wouldn’t be able to pass these costs on to their customers.

Canadian guitar maker Godin Guitars has reaffirmed their long-standing commitment to using Canadian wild cherry as a worthy rosewood replacement in its acoustic guitars, whilst relying on rock maple as the main fretboard material on its electrics.

Figure-Skating Cartoons from the Winter Olympics in Pyeongchang |

Cases of New Coronavirus Registered in All Chinese Regions – Authorities

US Working With European Partners to ‘Fix’ Iran Nuclear Deal –...