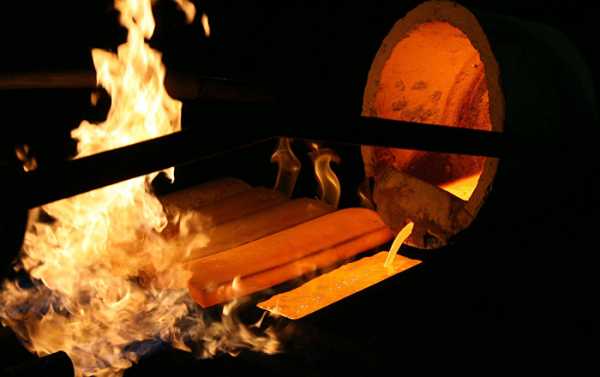 It seems that last week’s statements by the US president with regard to customs duties on imported light metals will likely play into the hands of Russian gold miners and traders alike.

In 2017, Russian companies produced a record-breaking 317.7 tons of gold, part of it through mining and associated production, including recycling scrap gold and the mining of concentrates. The estimate is 6.8 percent up from the previous year, Sergey Kashuba, chair of the Russian Gold Miners’ Union told the conference “Gold of Russia.”

“For the past years, Russia has fully secured its third rank in global gold production,” Kashuba added.

In 2018, Russian gold production is expected to surge by 3.2 percent to 328 tons, whereas its average annual price is predicted to be roughly 1,200 to 1,400 dollars per ounce, the Russian Gold Miners’ Union reported. According to Kashuba, the future of Russian gold reserves looks bright, with over 285 tons to be potentially manufactured this year through mining and associated production.

As of Tuesday, gold prices continue to go up amid the current geopolitical strain following US President Donald Trump’s statements on plans to introduce tariffs on steel and aluminum imports, trading data suggests.

At New York stock exchange Comex, prices for gold futures for April went up by 3.8 dollars this morning to 1,323.8 dollars per troy ounce.

The steady rise in the price of gold, which is traditionally regarded as a trustworthy asset, could be explained by traders’ concern over the possible start of a trade war. The unease is mainly rooted in Trump’s announcement late last week of a potential 25 percent tax on steel and 10 percent tax on aluminum imported to the United States.

The customs duty is projected to apply for a lengthy period of time, Trump pointed out. The following day, the US president said that when a country loses billions of dollars on trade with other countries, then trade wars are good.

In January, the Bank of Russia reported that Russia had surpassed China as the fifth-biggest holder of gold reserves, much of its gold being purchased from local producers. The country boosted its holdings of the precious metal by almost 20 metric tons, reaching 1,857 metric tons, Bloomberg reported.

FBI Treats Florida Naval Base Shooting as Act of Terrorism