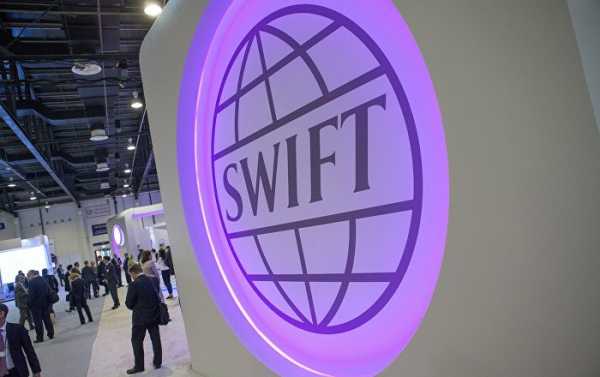 The attack on the unnamed Russian bank has become the latest in a string of attempted and successful thefts involving the SWIFT messaging network, which is in use all over the world.

Unknown hackers made off with roughly 339.5 million rubles ($6 million) from a Russian bank last year, according to a report on cyberattacks issued by the Central Bank of Russia on Friday.

After the report’s publication, a central bank spokesman noted that hackers had managed to grab control of a SWIFT workplace at a Russian bank and used the system to transfer the money to their own accounts.

The spokesman declined to name the bank or provide further details.  Instead, he quoted Artem Sychev, deputy head of the central bank’s security department, as calling the scam “a common scheme.”

Brussels-based SWIFT responded that its own systems have never been compromised by hackers, though the major transfer operator conceded earlier that perpetrators had switched on to more sophisticated tools to launch their attacks.

With this in mind, SWIFT has taken steps to make the client system less vulnerable to fraud by introducing tougher standards and all-embracing security audits for their local computer networks.  According to SWIFT, 89% of its member banks reported to have complied with the new regulations by the end of 2017.

Nevertheless, according to Russian First Vice Prime Minister Arkady Dvorkovich, Russian banks and entities are “morally and technically” prepared for a possible switch-off from the SWIFT global financial system.

“This switchoff would surely have negative impact on financial operations at large, as it would slow down the work of banks and companies, and would force them to shift to old-fashioned means of data transfer and calculation. But as these threats [in line with increased anti-Russian sanctions] have been voiced more than once, our financial institutions are morally and technically ready for that,” Dvorkovich said at the opening ceremony of the 7th session of International Model UN (a popular diplomacy simulation club) in mid-February.

In December, hackers attempted, though, fortunately in vain, to abscond with 55 million rubles from Russian state bank Globex, also via the SWIFT system. Back in February 2016, digital thieves stole around $81 million from Bangladesh Bank.