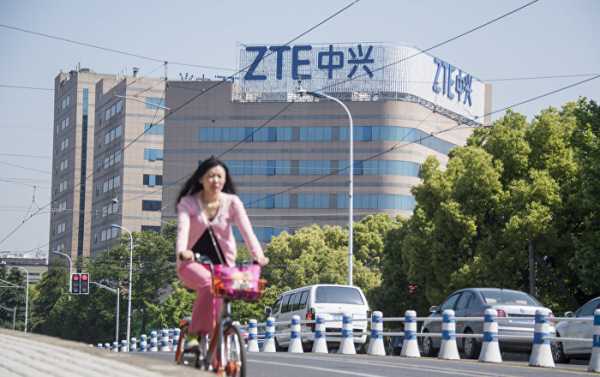 The leaders of the United States and China move to provide reprieve to a major Chinese company that fell victim to US sanctions, as the two countries attempt to resolve their trade disputes via negotiations.

US President Donald Trump has announced that he and China’s President Xi Jinping are working on finding a way for the Chinese telecommunications equipment giant ZTE “to get back into business” after the company found itself in a dire situation amid the ongoing economic standoff between the two countries.

In his May 13 tweet, Trump lamented that “too many jobs in China” were lost already, adding that he already instructed the US Department of Commerce to handle the situation.

​The US president also remarked that past negotiations between Washington and China “have been so one sided in favor of China, for so many years, that it is hard for them to make a deal that benefits both countries,” adding however that “it will all work out.”

​The Chinese government praised Trump’s move, which comes ahead of high-level trade talks between the two countries this week.

“We highly commend the positive remark from the US on the ZTE issue and now we are communicating with the US side on the details,” Chinese Foreign Ministry spokesperson Lu Kang told a regular press briefing.

Last week ZTE announced the cessation of all of its major operations due to US export sanctions, which brought the company’s main businesses to a standstill.

Earlier in April the US Department of Commerce blocked American companies from selling parts or providing services to ZTE until 2025, as Washington accused the company of violating US sanctions against Iran and North Korea.

The US Department of Defense also declared that it would ban the sale of phones manufactured by ZTE and Huawei at its military bases around the world due to concerns that Beijing could hack into phones for intelligence-gathering purposes.

The Chinese companies, however, denied any wrongdoing.