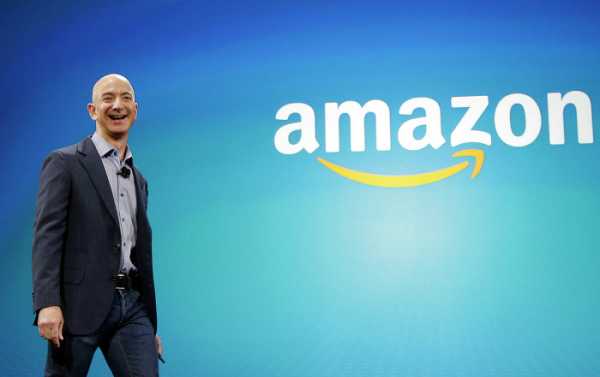 On Monday, the Seattle City Council unanimously passed a controversial proposal that will tax big businesses to reduce homelessness and provide more affordable housing in the city, a decision that has met with strong opposition from multiple businesses, including mega-retailer Amazon.

Jane Cutter, editor of Liberation News, told Radio Sputnik’s Loud & Clear that big businesses, namely Amazon, Starbucks and Boeing, are ignoring the effects of homelessness and lack of rent control on the people of Seattle, Washington, where Amazon is headquartered.

​”The original proposal would have raised $75 million to fund services and affordable housing; the bill that finally passed will raise $48 million,” Cutter told hosts John Kiriakou and Brian Becker.

The new proposal, which is due to take effect in January 2019, imposes a “head tax” on Seattle’s biggest businesses. The tax is equivalent to $275 a year per full-time employee in Seattle and will raise around $48 million a year, which will be earmarked for services for the homeless. The original proposal suggested imposing $540 tax per employee to raise an average of $75 million a year.

The proposal will only apply to companies that generate $20 million or more a year. In a public meeting Monday, Seattle City Councilmember Lorena González said that around 60 percent of the money raised by the tax will go toward building affordable housing while roughly 40 percent will be allocated to emergency services for homeless people.

In a Monday statement, Seattle Mayor Jenny Durkan promised to sign the proposal into law, saying that the “legislation will help us address our homelessness crisis without jeopardizing critical jobs.”

She also said the city will take “urgent action to move people off our streets and into safer places and to clean up garbage, needles and waste from our parks and communities.”

Amazon Vice President Drew Herdener said in a statement that the company is “disappointed by today’s city council decision to introduce a tax on jobs.”

“We remain very apprehensive about the future created by the council’s hostile approach and rhetoric toward larger businesses, which forces us to question our growth here,” Herdener added.

The company has been looking for a second US headquarters, causing cities across the country to throw fawning events to court the huge retailer.

According to Cutter, “Amazon isn’t afraid of losing $20 million dollars to fund affordable housing and services for the many, many people suffering on Seattle’s streets.”

“What they are afraid of is the precedent, that not only people in Seattle will demand more of them, but that people all over the country and all over the world will demand more. A lot of people in Seattle have the image that Amazon employees are well paid, high-tech workers. But we cannot forget the many people who work in the fulfillment centers who are suffering terribly — and the Amazon drivers. And in the state of Washington, there is no state income tax and the state is considered to be the most regressive tax system in the country,” Cutter told Radio Sputnik.

“A significant portion of people who are working for Amazon are receiving public assistance because they can’t make ends meet on the wages they are earning from Amazon,” Cutter explained.

According to Cutter, the lack of affordable housing in Seattle is what is driving homelessness there and a lack of rent control.

“The Seattle Chamber of Commerce partnered with [an] independent research group, the McKinsey company, to find out what was needed to address the problem of homelessness. McKinsey came back with a report saying that if we really want to fix this problem, we need $400 million a year and that what’s driving homeless is the lack of affordable housing. There is no rent control in the state of Washington which means landlords can charge whatever they want. So, we are seeing housing prices skyrocket upwards.”

“The business people keep harping that the city is incompetent. They hate on the poor. They use horrible dehumanizing language to describe them,” Cutter told Radio Sputnik.

Amazon has recently invited cities to “submit a response to this Request for Proposal in conjunction with and on behalf of your metropolitan statistical area, state/province, county, city and the relevant localities therein. Amazon is performing a competitive site selection process and is considering metro regions in North America for its second corporate headquarters.”

The company received proposals from 238 locations replete with economic incentives and marketing schemes. It has narrowed down the location to 20 sites, including Washington DC, New York, Los Angeles, Chicago, Toronto and Dallas.

If Not Corona Then an Asteroid: 390-Metre Space Rock ‘Closely’ Approached...

The life of a white-hat hacker

‘Who Are They Supposed to Call? Ghostbusters?’ NBA Star Savages Calls...

Over 500 Restaurant Owners Rallying in France’s Marseille Over New COVID-19...