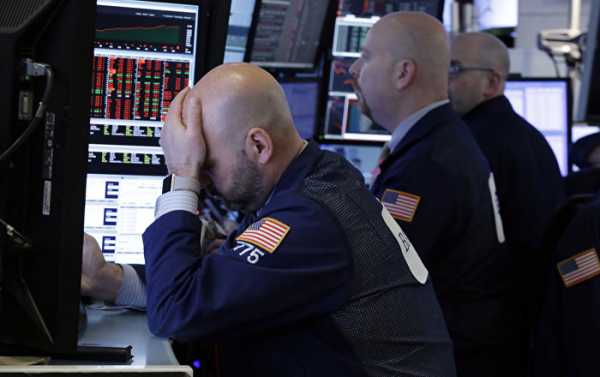 Kristian Rouz – Shifts in US trade policies, coupled with the projected adjustment across the globe, are poised to change the patterns of economic growth on a wider scale. The global economy is set to become more sustainable due to an expected decline in the exposure of national economies to the risks of global trade.

This comes despite the challenges to GDP expansion in several prominent economies still lingering.

According to a recent report from the International Monetary Fund (IMF), global economic growth has continued to strengthen over the past year due to declining unemployment, higher industrial output, and improved domestic consumption across many advanced and developing countries.
However, low inflation is still plaguing growth projections in the Eurozone, Japan, and the US — along with other issues.

“I also emphasized the importance of addressing the build-up of debt in the public and private sectors, following a long period of easy financial conditions. This creates financial vulnerabilities.” IMF Managing Director Christine Lagarde said. “Countries should take advantage of the current momentum by building fiscal buffers.”

Several advanced economies have acknowledged the increasing importance of more flexible fiscal policies as their respective central banks are moving to normalize monetary conditions. The US Treasury has implemented a massive tax-cuts package in response to the Federal Reserve’s rising rates, whilst the UK’s Exchequer is considering a fiscal stimulus package of its own.

In the meantime, the problem of low inflation which has puzzled central bankers around the world for at least the past two years is gradually fading in the face of looming disruption and realignment in international trade ties.

Shifts in the patterns of global trade will inevitably drive domestic prices for consumer goods, commodities, and manufacturing equipment, along with other goods and services.

For example, since its Brexit referendum back in June 2016, the UK has experienced a surge in inflation from roughly 1.5 percent year-to-year to almost three percent, allowing the Bank of England (BOE) to start its long-anticipated policy normalization.

A US-led effort to reshape the global trade landscape could do the same on a global scale.

This as US President Donald Trump has made an effort to tackle the issue of the trade deficit, which is expected to drive up factory input costs and broader inflation in the US.

Over the past several weeks, the Trump administration has imposed tariffs of 25 percent on steel and 10 percent on aluminum imports, as well as the so-called Section 301 trade restrictions on China, cutting the Chinese projected exports to the US by $50-60 billion per year.

These measures will contribute to elevated input cost pressures in the US, and drive an increase in prices on US products. In turn, higher inflationary pressures are likely to pass onto prominent US trade partners, such as the Eurozone and Japan, as well as other importers of US machinery and other high added value products.

“Overall, it looks like there are a number of signs of a slower pulse going forward for global growth. That makes protectionism all the more concerning,” Paul Mortimer-Lee of BNP Paribas argues. “However, we’d like to see some Q2 data because Q1 data sometimes tend to be weak due to weather and holidays. At the moment there is a suspicion of a slower pace, but no confirmation.”

Meanwhile, China has vowed to cut its own imports from the US, likely driving price gains in the world’s second-largest national economy.

Subsequently, the global wave of reflation will gain a strong support from China, which is one of the world’s largest exporters of capital and goods. A higher demand for Chinese manufactured goods at home will also lift their export prices, contributing to further gains in consumer prices in the EU and beyond.

“Chinese reflation is likely to be sustained by the tight labor market and rising core consumer prices, while supply discipline and a stable currency should mitigate disinflationary effects from China on commodity prices and exchange rates,” Isaac Meng of Pimco said.

Despite the IMF’s warning against inward-looking economic policies, the looming global reflation and the fragmentation in global flows of goods and capital will render the majority of national economies increasingly reliant on their internal resources.

This, along with the pivot to supply-side economics — including a combination of higher credit costs and lower tax burdens — signals an end of the era of post-Great Recession debt-fuelled recovery with an emphasis on demand-side policies and the accumulation of huge household and public indebtedness.

Such an adjustment, however, is not expected to be painless, as the post-globalization fallout and an end to the liberal world order could emphasize the prominence of “national interest” in its broader sense — potentially resulting in bitter economic, diplomatic, and military clashes in various parts of the world.

Banks made record profits last year thanks to the Republican tax...

Erdogan Threatens Response to Syrian Gov’t Troops if They Fail to...

An Irving Penn Portrait for the Coldest Days of Winter |

The double standard at play in Katie Hill’s resignation