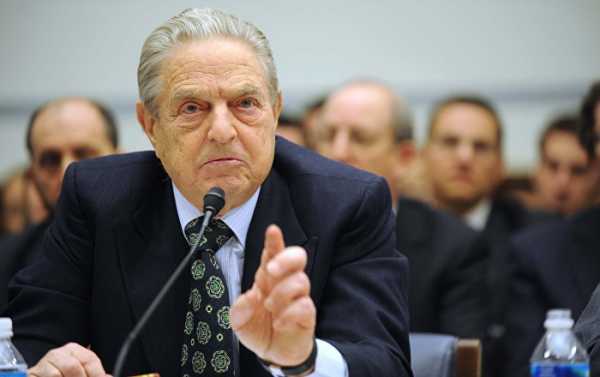 DAVOS (Sputnik) – Renowned investor George Soros on Thursday called cryptocurrencies, such as bitcoin, a speculation that is based on misunderstanding, during an informal dinner on the sidelines of the World Economic Forum.

“Cryptocurrencies are a typical bubble, which is always based on some kind of misunderstanding. Bitcoin is not a currency, because a currency is supposed to be a stable store of value, and the currency that can fluctuate 25 percent in day cannot be used, for instance, to pay wages, because wages could drop by 25 percent in a day. So it’s a speculation, it’s based on misunderstanding,” Soros said in Davos, Switzerland.

The value of bitcoin, a pioneer in the cryptocurrencies market, surged in 2017, jumping up to about $20,000 in December amid debates on its reliability as an investment, but then tumbled below $10,000 last week.

Cryptocurrencies, or digital currencies, have no material form. An unlimited number of anonymous sources can issue and use such currencies. Central banks worldwide have treated the phenomenon with caution, although some have started exploring the possibilities it offers and even developing their own cryptocurrency.

She paid nothing for opioid painkillers. Her addiction treatment costs more...