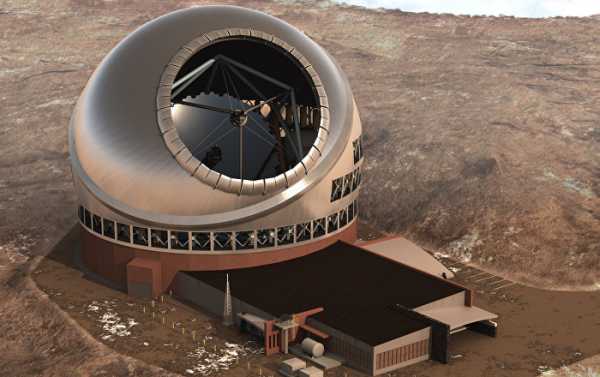 Rafael Rebolo, director of the Astrophysics Institute of the Canary Islands, revealed this week that a building permit has been approved for the possible construction of the costly Thirty Meter Telescope (TMT) there in the event that officials are unable to build the device in Hawaii.

The Spanish official told the Associated Press Wednesday that at present, “there are no more building permits needed according to Spanish legislation,” and that the permit was issued by the town of Puntagorda on the rugged, forested island of La Palma.

The current planned construction of the TMT on Hawaii’s Mauna Kea has been stalled for several months as a result of ongoing protests from Native Hawaiians who see the site as one of the most sacred in the island state. Aside from natural resources, Mauna Kea hosts numerous cultural resources and burial sites.

Prior to the court’s 2018 decision, TMT officials determined that a potential back-up location for the telescope would be in Spain’s Canary Islands, specifically the Roque de los Muchachos Observatory on La Palma, which already hosts over a dozen telescopes. According to Phys.org, the secondary location was decided on in 2016.

In an August statement, Ed Stone, the executive director of the TMT project, stated that officials would continue obtaining permits for the La Palma site, but that “Mauna Kea remains the preferred site.”

At the time, protest leaders praised the La Palma developments, but noted that they would continue their demonstrations until the project officially moves from Hawaii.

Speaking on the likelihood of the telescope officially moving away from Hawaii, Rebolo told AP that the development was “possible.”

Once built, the giant telescope is expected to allow researchers to explore outside the solar system and dig further into the creation of stars and the formation of galaxies. Both La Palma and Mauna Kea are considered to be among the best sites for scientists to conduct deep-space observations, due to their weather and air conditions.