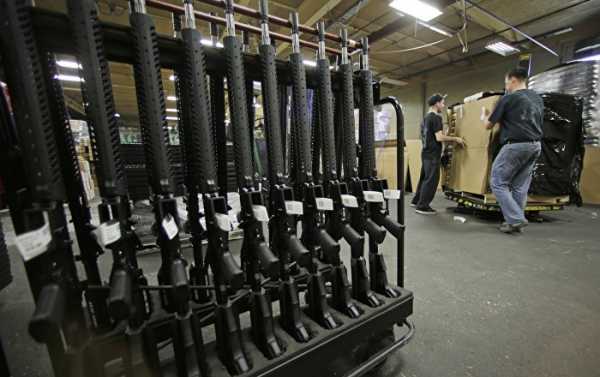 MOSCOW (Sputnik) – The United States remained the largest global arms exporter between 2013 and 2017, and nearly half of all US arms exports went to the Middle East during this time, the Stockholm International Peace Research Institute (SIPRI) said in its study on Monday.

According to Aude Fleurant, the director of the SIPRI Arms and Military Expenditure Program, arms deals signed during the administration of then US President Barack Obama and “further major contracts signed in 2017 will ensure that the USA remains the largest arms exporter in the coming years.”

France, Germany and China have also been among the top five arms exporters over the past five years.

The Second Man in the Front Row: A Forgotten Story of...