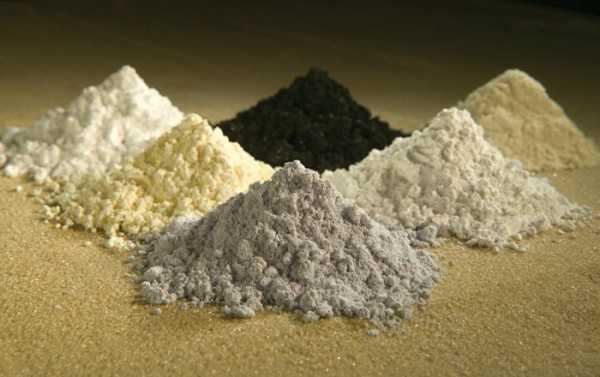 As Enterprise Minister Mikael Damberg put it, Sweden is “one of the most interesting areas in the world” to explore minerals like cobalt and lithium, which are being increasingly sought-after in high-tech manufacturing processes.

After a new report suggesting that rare-earth metals have a bright future, the Swedish government has green-lit a further investigation into opportunities that could give a new lease on life for the country’s historic mining area of Bergslagen, the daily newspaper Helsingbors Dagblad reported.

The report published by the Geological Survey of Sweden (SGU) highlighted opportunities for mining many innovation-critical resources in Sweden, including graphite, lithium, cobalt, rare earth elements (REE) and tungsten. In the coming years, SGU will receive SEK 10 million ($1.3 million) to explore mining possibilities in the historic area of Bergslagen as well as the northern Norrbotten and Västerbotten provinces. The first results will be presented in the first half of 2020.

The international demand for cobalt, lithium and REEs has skyrocketed due to their use in sought-after innovations, such as electric cars and wind power stations, together with mobile phone batteries.

In Sweden alone, the demand shows no signs of receding. Volvo Cars pledged to go totally electric by 2019. Additionally, Swedish battery developer Northvolt plans to construct Europe’s largest lithium-ion battery factory in the city of Skellefteå with a staff of up to 2,500.

However, an overwhelming majority of raw materials are imported, despite Sweden’s expertise in mining traditional minerals such as copper or zinc. Sweden previously tried mining lithium, but this activity was later put on ice. The newspaper Svenska Dagbladet went so far as to call Sweden the “Mecca of Battery Metals.”

At present, Congo is the world’s leading producer of cobalt, accounting for 65 percent of the total output, whereas China dominates the REE market, mining an astonishing 95 percent of the produce.

Damberg predicted a further explosion in the demand for these minerals, venturing that Sweden could become a world-class contender in this area. Furthermore, he ventured that Europe might want to revise the idea of import-dependence from, say, Congo, where a lot of exploration is done “in pretty dire conditions.”

While praising the “unique assets in Sweden’s bedrock” as well as the country’s expertise in the mining area, Damberg, admitted, however, that it is unclear when large-scale industrial production may start.

Damberg also conceded that mining is an industry often associated with protests from environmental activists or causing conflicts with locals due to contradictory interests.

At present, Boliden and LKAB are Sweden’s largest mining companies. Privately-owned Boliden has a staff of 5,500 and a turnover of SEK 40 billion (5 billion). LKAB, by contrast, is wholly owned by the Swedish state; it has 4,000 employees and turns over SEK 16 billion ($2 billion).

Boliden was previously involved in a controversy in Chile, where it dumped approximately 20,000 tons of smelter sludge from its arsenic plant in Sweden in the 1980s. The controversy resurfaced in the 2010s, as 700 Chileans claimed arsenic poisoning and filed a lawsuit against Boliden, Swedish Radio reported.

​Bergslagen is a historical district located north of Lake Mälaren, where mining and metallurgy have been important since the Middle Ages. In the 20th century, though, Malmfälten (or Ore Fields), a region in northernmost Sweden, centered around the town of Kiruna, became the focal point of Sweden’s mining industry.

Trump Raises $46Mln for US Reelection Campaign Amid Impeachment – Campaign...