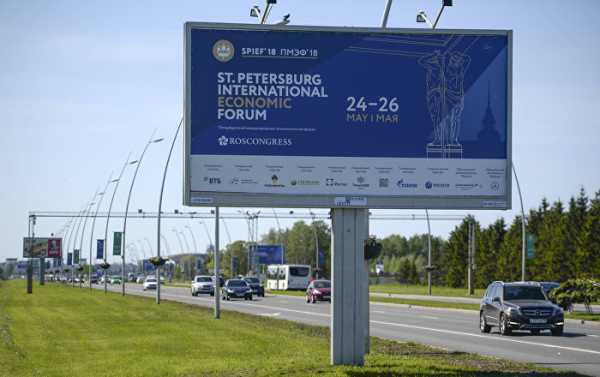 The press service noted that the aim of the visit is to assist Swedish companies in promoting their interests in Russia and to hold bilateral talks with Russian representatives.

“The forum is a good opportunity to support Swedish companies that exploit the potential of the Russian market and to reflect on the challenges which they face, and possible solutions,” Stenstrom was quoted as saying in the statement.

The official added that SPIEF provided good chances to meet Russian authorities and convey to them Swedish opinion on Russian economic policy, as well as suggestions on improving the business environment in Russia.

SPIEF, held annually in Russia’s second largest city of St. Petersburg, is a major global platform for communication between business representatives and the discussion of crucial economic issues. The upcoming event will start on Thursday and will continue until Saturday. Rossiya Segodnya International Information Agency is the official media partner of the forum.

The forum’s agenda includes the seminar on the Russian-Swedish investment potential. The event is organized by Business Sweden, a company providing strategic advice and operational support to Swedish companies internationally.

Around 400 Swedish companies, including Volvo, Scania, Oriflame, ABB, and Tetra Pak, have representative offices and branches in Russia. Swedish IKEA is the largest private investor in Russia. In 2017, Swedish pharmaceutical company AstraZeneca signed an investment agreement with Russia’s Kaluga region on technology transfer and an upgrade of the company’s facility in Russia.

Iran Was Prepared for Full-Fledged War with US When Missile Downed...

Why scientists are so excited about “quantum supremacy”