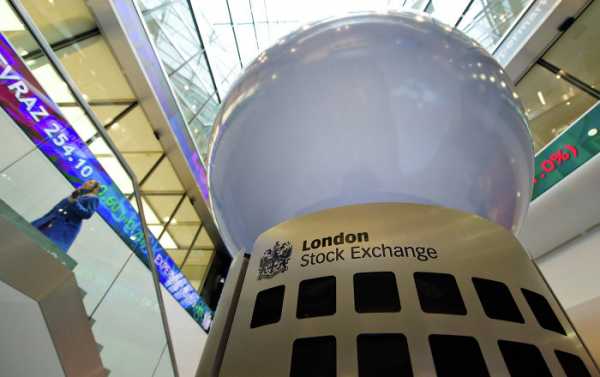 British Foreign Affairs Select Committee Chairman Tom Tugendhat has claimed that a bevy of Russian banks which are currently affected by sanctions use loopholes in the legislation of EU and UK countries in order to act as organizers of Russian bond issuance.

UK Prime Minister Theresa May plans to consider the proposal to prohibit the sale of Russian bonds through the City of London’s clearing houses, which help finance Russia’s sovereign debt,  according to The Guardian.

The move was earlier initiated by Foreign Affairs Select Committee Chairman Tom Tugendhat, who pointed the finger at several sanctioned Russian banks, including VTB, which he claimed are behind the issue of Russian bonds due to UK and EU legislation.

“At present, Russia can borrow in EU and US capital markets despite western sanctions and then can support the sanctioned Kremlin-linked banks and energy companies that can no longer do so,” he said.

Calling for the loopholes to be scrapped, Tugendhat also warned that Russian bond sales should not be placed at major western clearing houses Euroclear and Clearstream, a proposal that was supported by UK Foreign Secretary Boris Johnson.

Critics cast doubt on the possible clampdown, suggesting that Moscow may urge China to help it deal with Russia’s reported 122-billion dollar domestic debt plus 38 billion dollars more in Eurobonds.

Earlier, Sergei Strigo, head of emerging market debt and currencies at Amundi Asset Management, told Bloomberg that they “still like Russia as an investment opportunity” and that he he “doesn’t see any reason” for the current political tensions to change his stance on Russia as a target for investments.

The remarks came after Theresa May commented on the expulsion of Russian diplomats from about 20 European countries as well the US and Canada after the Salisbury incident.

May added that in connection with the expulsions, the UK Interior Ministry is reviewing tier one (entrepreneur) visas, which were issued to roughly 700 Russians in 2008-2015.

What Has Changed Since “Transparent” Débuted, in 2014 |

A Reconsideration of Santa’s Lap |