Home Business To TPP or Not to TPP: Trump May Rekindle Abandoned Pacific Trade... 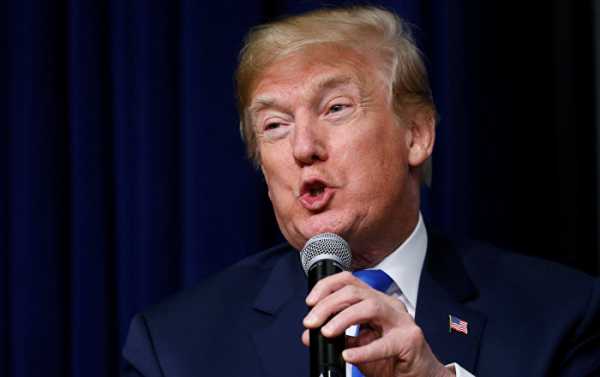 US President Donald Trump’s sudden change of mind on the Trans-Pacific Partnership (TPP) is often referred to as a result of the US leader’s unpredictability, but in actuality, the President’s announcement falls in line with his broader strategy connecting trade and foreign affairs.

Kristian Rouz – US President Donald Trump says he might consider returning to the negotiating table with the 11 Pacific Rim nations that seek to forge a multilateral free-trade agreement. This, however, would only happen, the US President hinted, if a modified deal includes provisions allowing the US to increase its exports of goods and services, which would support a capital influx into the US.

“If it’s true, I would welcome it,” Japanese Finance Minister Taro Aso responded just hours after President Trump made his surprise statement Thursday.

US President Trump’s reversal on the Trans-Pacific Partnership (TPP), at first glance, arrived as a surprise somewhat, as he has been known as a harsh critic  of multilateral trade deals since well before his 2016 campaign trail, and followed through on his pledge to pull the US out of TPP talks last year – shortly after becoming President.

However, over the past several months, White House officials have repeatedly signaled the US is interested in maintaining and strengthening its trade ties with key Pacific allies. State visits by the Australian Prime Minister Malcolm Turnbull to Washington, and by President Trump himself to Tokyo were marked by the US President’s warmer rhetoric pertaining to trade and investment cooperation with these two countries.

Earlier this year, Japanese officials signaled they might be willing to modify the terms of TPP by making them more beneficial for US agricultural producers.

“If these comments mean that President Trump is correctly evaluating the significance and effects of the TPP, then we welcome them,” Toshimitsu Motegi, Japan’s minister for the TPP, said.

Meanwhile, Australian trade representatives have pledged deeper investment cooperation with the US – in particular, expressing their interest in US infrastructure projects.

“If the United States, it turns out, does genuinely wish to rejoin, that triggers a whole new process,” Kiwi Prime Minister Jacinda Ardern said.

What could have pushed President Trump over the fence to announce the idea of rejoining the TPP talks is the recent trade dispute between the US and China. After Washington and Beijing exchanged announcements of tariffs, targeting each other’s manufactured goods and agricultural exports, respectively, President Trump’s economic team started to look for new trade opportunities.

“Now we’re really negotiating and I think they’re going to treat us really fairly,” President Trump said. “I think they want to.”

This mindset among Washington policymakers was particularly encouraged by the political success of the Trump administration’s global tariffs on industrial metals.

Enforcement of the tariffs was followed by a series of economic and political agreements between the US and its key trade and security partners. Washington was able to negotiate favorable deals in exchange for exemptions from the steel and aluminum tariffs for its partners who demonstrated good faith.

In this light, the Trump administration hopes to get a better deal with the TPP, as Pacific Rim nations, which are highly exposed to trade with China, appear to be concerned with the possible trade disruptions and other spillovers of the US-Chinese dispute.

In a particularly significant development, the Vietnamese government expressed its support for President Trump’s initiative. Hanoi said the TPP is designed for the US to join the pact.

This comes amid the mounting trade and political tensions between China and several nations of South East Asia, including the trade and maritime disputes in the South China Sea – which involves both Vietnam and the Philippines.

Another aspect supporting the case for the US to rejoin the TPP talks is China’s recent achievements on the path of ‘yuan diplomacy’. China’s investment projects in Asia and Africa – including the Belt and Road initiative – as well as Beijing’s increasing presence in mineral-rich Latin America, have rendered the US increasingly interested in opening new investment opportunities of its own.

“These higher, value-added products provide high-paying jobs and therefore are more beneficial to the local economies,” US Commerce Secretary Wilbur Ross said. “We will not cede leadership in our hemisphere to… countries that… exploit the region’s rich natural resources.”

Several Latin American countries – including Peru and Chile – are among the TPP negotiators, and these two nations also control most of the continent’s access to the Pacific Coast, giving the US an additional reason to pursue trade deals, motivated by political and geostrategic considerations.

All these factors suggest the process of renegotiating the TPP might commence soon, albeit it isn’t expected to be quick and easy, as at least two major signatories – Japan and Australia – will still seek to protect their own manufacturing and agriculture as much as they can.