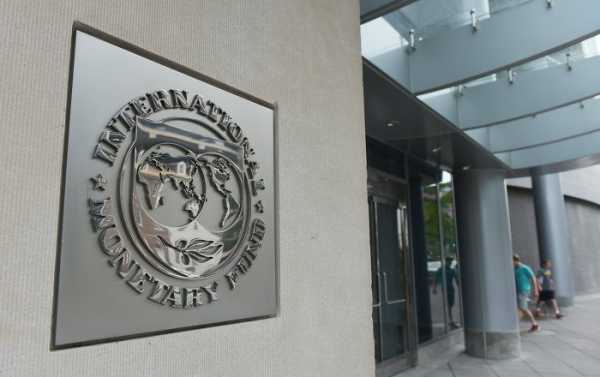 A joint communique from an IMF-hosted meeting of heads of central banks from across the globe highlights the potentially negative effects on inflation and economic expansion stemming from trade conflicts and uncertainty.

Kristian Rouz — Several central bank directors from the world’s major economies gather at an IMF event in Washington to discuss the state of the global economy, saying that concerns of trade disruptions could undermine gains in consumer prices worldwide. This comes as many economies, particularly amongst emerging markets, still rely on inflation-driven growth models.

The central bankers agreed that despite imports tariffs potentially providing a short-term boost to prices in economies dependent on consumer goods imports, in the longer run higher prices could undermine effective consumer demand, bringing on stagnation in price gains.

This is particularly relevant as the US Federal Reserve, the Bank of England (BoE), the European Central Bank (ECB) and even the Bank of Japan (BoJ) gradually move to tighten credit conditions in their respective jurisdictions. As a result, consumer confidence could take a blow from rising protectionism worldwide.

“You have the direct effect on prices, of imposing tariffs, but you have the recessionary forces that will always generate a significant downward bias in prices,” Alejandro Werner, IMF Western Hemisphere department director, said. “You would expect, if anything, a looser monetary policy than in the base line.”

The central bankers expressed their concerns in a joint communique, saying that even the accelerating global economic growth — expected to hit 3.9 percent this year, according to the IMF — could be insufficient to stave off the deflationary pressures of potential trade wars.

The communique also warned against a renewed race of currency devaluations, recalling 2015, when several leading economies, including the Eurozone, mainland China and Japan, sought greater competitiveness of their exports by suppressing the value of their respective currencies.

The central bankers called against a hurried removal of monetary stimuli worldwide, saying the pace of monetary tightening should be commensurate with inflation targets (typically 2 percent for advanced economies), consumer confidence and national GDP figures.

“Monetary accommodation should continue where inflation remains weak and be gradually withdrawn where inflation looks set to return to central bank targets,” the communique read.

This compared to the language employed by the central bankers in their previous joint statement last October, which said, “Monetary policy should remain accommodative, where inflation is still below target and output gaps are negative.”

This time, the central bankers’ conference focused heavily on potential trade disruptions, despite statements from US Treasury Secretary Steven Mnuchin, who expressed his cautious optimism vis-à-vis a mutual agreement on trade being reached between the US and China.

Should the US-China trade consultations produce no results, a mutual exchange in tariffs and non-tariff regulatory restrictions could affect as much as $200 billion worth of bilateral trade this year alone, with future restrictive steps to follow.

Such trade barriers could spark a global spiral of trade restrictions, as the Brexit process in Europe could still end in a “no deal” scenario, whilst trade ties between advanced nations and their emerging market counterparts could disrupt the global “intellectual property for manufactured goods” exchange.

Trade restrictions “will be very undesirable as the global trade and economy are finally expanding in a stable manner,” BoJ Governor Haruhiko Kuroda said. “We have to be very cautious.”

Meanwhile, ECB President Mario Draghi said he is set to keep the current volumes of monetary accommodation unchanged until the latest round of global trade uncertainty ends.

What we know about Pete Buttigieg’s McKinsey clients

Chris Froome and Team Sky have a lot to contend with...