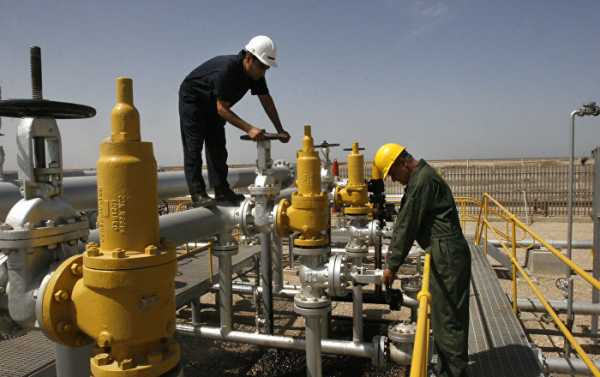 WASHINGTON (Sputnik) – The United States will continue its efforts to decrease Iran’s sales of crude oil, the Treasury Department said Tuesday following the announcement of the US withdraw from Iran nuclear deal.

“The sanctions lifted under section 1245(d) of the NDAA [National Defense Authorization Act] will be re-imposed following a 180-day wind-down period, and the United States will again pursue efforts to reduce Iran’s sales of crude oil under the NDAA during and following that period,” the Treasury said.

Meanwhile, the Organization of the Petroleum Exporting Countries (OPEC) will continue making efforts to rebalance the oil market and bring investment back into the oil industry, Energy and Industry Minister of the United Arab Emirates (UAE) Suhail Mazroui, who holds OPEC’s presidency this year, said on Tuesday, following the the announcement of the US President about the withdrawal from the Iran nuclear deal.

“OPEC is a non-political organisation. Our goal is to ensure the stability of oil markets in order to secure an efficient, economic and regular supply of petroleum to consumers, a steady income to producers and a fair return on capital for those investing in the petroleum industry. Working collaboratively with our partners, our joint efforts to rebalance the oil market and bring investment back into our industry are progressing well. Collectively, we will continue to focus on these goals,” Mazroui said on Twitter.

Meanwhile, Saudi Ministry of Energy, Industry and Mineral Resources pledged to do utmost to maintain stability at oil markets after the decision of US President Donald Trump to withdraw from the Joint Comprehensive Plan of Action (JCPOA), Saudi media reported Wednesday.

The Saudi Press Agency reported citing a spokesperson of the ministry that against the backdrop of the US move, Saudi Arabia would continue to work for the benefit of both oil producers and consumers.

Among the steps that could allow Saudi Arabia to tackle potential oil shortage the spokesperson said cooperation with oil producers from both the OPEC and from the non-cartel nations.

Iran is one of the major oil producers in the world. According to OPEC it has proven crude oil reserves of about 157 billion barrels. The decision of the United States could result in introduction of sanctions targeting oil sector of the Asian state and subsequently in oil shortage at the global markets.

EU Nitrogen Dioxide Concentrations Go Down Due to Measures Against COVID-19...

Kamala Harris made her opponents look like squabbling children

US Agencies Probing Securities Violation by Apple Over iPhone Slowdown –...