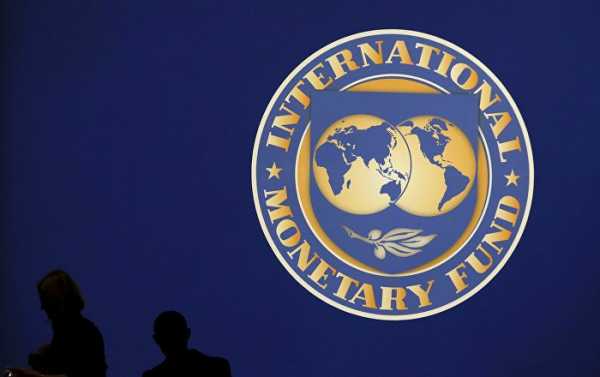 British monetary and fiscal authorities propose policy changes after the International Monetary Fund urged reforms aimed at ensuring a higher economic efficiency as a way to stave off the Brexit-related risks.

Kristian Rouz — The British monetary and fiscal authorities are seeking ways to spur economic activity at home amidst the uneven process of separation from the EU.

This after the International Monetary Fund (IMF) urged more efficiency in the British economy, which could boost the UK’s GDP growth, and help it better adapt to the changes in international trade.

The IMF said the UK should implement reforms in its pension system, economic planning, and infrastructure, as well as education and research & development. Such measures, the IMF said, could help the UK boost its labour productivity and economic expansion.

The IMF also called for “a reallocation of resources across sectors post-Brexit” and “active labour market policies,” which could include training and jobseeker-support.

On its part, the Bank of England (BoE) stated it will raise interest rates several times this year in response to the lingering threat of inflation likely overshooting its 2-percent target. This comes as the central bank’s response to Brexit risks, and is poised to make domestic lending more efficient, albeit slightly smaller in scale.

This comes as the UK’s private sector expects wages to rise 3.1 percent this year, after a 2.6 increase in 2017.

“These results fit neatly alongside the narrative that the (BoE’s Monetary Policy) Committee has been using over the past six months,” Andrew Goodwin of Oxford Economics said. “But such evidence of escalating underlying inflationary pressures is largely survey-based and forward-looking. Indeed, the same survey has reported no pickup in the pace of unit labour cost growth in the dominant services sector since mid-2014.”

However, addressing inflation risks is only part of the BoE mandate. The central bank is also expected to ensure maximum efficiency of the existing output capacity, as well as promoting its expansion.

This as the IMF also called of the British authorities to ensure more efficiency in its national output, and the BoE’s policy tightening is one way of addressing the Fund’s urge.

Another possible policy solution could be an expansion of fiscal stimulus on the part of the Exchequer. Chancellor Philip Hammond said he is looking beyond the Brexit challenges — most of which are posing only short-term risks — and vowed his support for tech initiatives, which could boost productivity and overall economic efficacy.

“We need to ensure that earnings are increased through better productivity but we must embrace the challenge and champion the benefits, and government and business must work closer together,” Chancellor Hammond said.

Another proposed solution is an expansion of fracking in the North of England, which is rich with oil and natural gas reserves. Stephen Bowler, CEO of energy company iGas said there is a significant potential to boost the production of hydrocarbons in Doncaster and Nottinghamshire, as well as parts of Yorkshire — in the areas historically known for their massive coal production.

“We spend £20mln with our suppliers, principally local suppliers, who can be from Doncaster up to Leeds,” Bowler said. “At these sorts of oil prices we are making a profit so there is money going to the Exchequer and HMRC (Her Majesty’s Revenue and Customs Service). Given the potential size of shale that is very small to what it could be. It is about growing a supply chain as an industry.”

Shale initiatives could contribute to an expansion of the UK’s tax base, allowing the Government to somewhat ease its austerity policies, and reinvest more money into education, infrastructure, and development projects.

Meanwhile, the IMF also pointed to the trade challenges the UK is set to face post-Brexit, calling for “a reallocation of resources across sectors post-Brexit”.

This comes as the Tory Cabinet is already seeking better trade deals with the UK’s non-EU partners, whilst the Exchequer hasn’t completely ruled out a possible fiscal stimulus. This could come more likely in the form of tax cuts rather than higher spending, and experts say such policies could be enacted closer to mid-2019.

Has the Commonwealth Started Mulling a Successor to 91-Year-Old Queen?