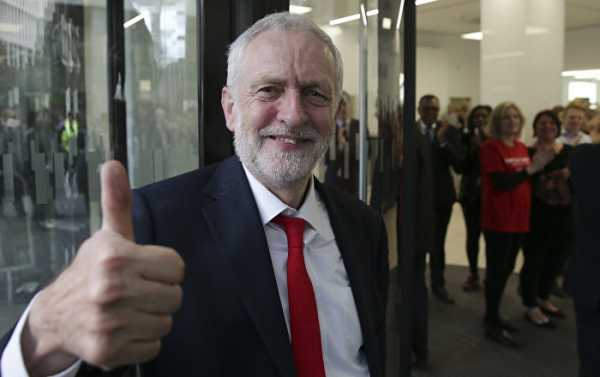 The Labor Party seeks to bolster its electoral support, as well as drive a wedge within the Conservative and Unionist Cabinet, by advocating the idea that the UK must remain in the EU’s customs union, a notion which has been firmly rebuffed by the May Cabinet.

Kristian Rouz – Jeremy Corbyn’s Labor Party is actively advocating the idea of maintaining a customs union with the EU after March 2019. The leftist MPs and policymakers are mostly concerned that Britain would be unable to strike beneficial international trade deals without maintaining its solid presence in the common European market – a view challenged by the Tories, Ukip, and some LibDems.

Shadow Brexit Secretary Sir Keir Starmer said Prime Minister Theresa May should change her skeptical approach to the idea of keeping the UK within the EU’s customs union. Sir Starmer stressed it is ‘better’ to strike ‘bold’ new trade deals by cooperating with the EU.

“There’s going to have to be a new treaty,” Sir Starmer said Sunday. “Will it do the work of the current customs union? Yes, that’s the intention.”

This comes as some members of the Conservative and Unionist Cabinet are also supporting the idea of a ‘soft Brexit’ – the so-called ‘Brexit rebels’. Meanwhile, the right wing of the Tory Party, led by MP Jacob Rees-Mogg, is adamant the UK must leave the supra-national bloc by cutting most of the existing bilateral ties, and seeks more profitable trade and business opportunities elsewhere.

Ukip leaders, including Nigel Farage, share a similar sentiment, citing the Bank of England’s (BOE) observations that the British economy is recovering after the investment shocks associated with the Brexit vote back in 2016, and the UK’s GDP growth is poised to accelerate due to the ongoing rebound in domestic industries – otherwise decimated by the unlimited trade with the continent.

Labor’s current proposals fall in line with their perception of the world as a globalist project, akin to the EU’s supranational overreaches.

“Whether it’s our amendments or the cross-bench amendments, crunch time is now coming for the Prime Minister because the majority of Parliament does not back her approach to a customs union,” Sir Starmer said. “The majority in Parliament needs to be heard and it will be heard sooner rather than later.”

Labour’s current proposals fall in line with their perception of the world as a globalist project, akin to the EU’s supranational overreaches.

Meanwhile, PM May is opposed to staying in the customs union with the EU. She is enjoying the solid backing of the working class of the English North – although these areas had long been known as Labor’s strongholds.

PM May also has an advantage of solid relations with US President Donald Trump, as well as major influence in the Commonwealth – potentially opening up lucrative trade opportunities from the post-Brexit Britain.

The May Cabinet says remaining in the EU customs union would hurt the UK’s ability to strike trade deals elsewhere, rather than help.

“What’s important is Britain’s freedom to act differently in the future according to different circumstances,” Trade Secretary Liam Fox said in response to Sir Starmer’s claims.

“(The EU customs union) puts a frontier around Europe and it means that we all apply the same duties to goods coming in,” Secretary Fox said. “We would like to be able to alter those, for example with developing countries; we’d like to be able to cut some of those duties.”

This as Shadow Trade Secretary Barry Gardiner confirmed that the UK will have to negotiate its new trade deals together with Brussels, if it opts to remain in the EU’s customs union – a position which has been deemed unacceptable by the Ukip and Rees-Mogg camps, as well as PM May herself.

Meanwhile, Labor also seeks to work aggressively with Remain-supporting Tory MPs to undermine the May cabinet, as the Prime Minister is gradually navigating Albion through the muddy waters of the divorce process.

However, Trade Secretary Fox reaffirmed the Cabinet’s commitment to restore the UK’s sovereignty over its own future trade deals, saying his department has been talking to ’21 different countries’, and the agreements with these countries will be signed as soon as the divorce process is complete.

Obama honors Anthony Bourdain: he made us “a little less afraid...

Rishi Sunak Warns of Recession ‘The Likes of Which We Have...