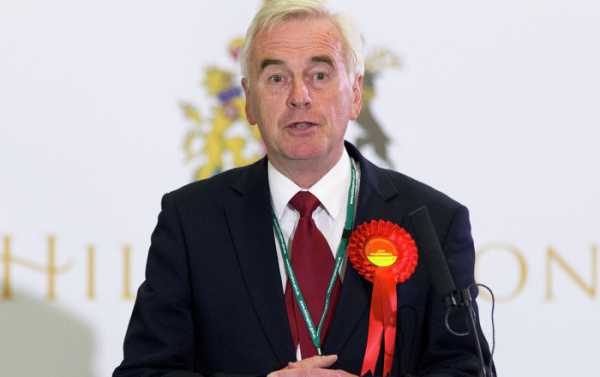 Large British businesses and multinational corporations have in the past claimed the Labour Party’s policies would be more dangerous to the country than Brexit.

Britain’s Shadow Chancellor of the Exchequer John McDonnell has delivered a speech in which he has offered to work with big businesses in the UK, centered in the City of London, to redefine the economic structure of the country if the Labour Party manages to win government.

Speaking at Bloomberg headquarters, Mr. McDonnell said, “I’ve been meeting all these people to explain Labour’s plans and to discuss the important role I want the Finance Sector to play in the transformative programme of the next Labour Government. At each of those meetings I’ve said the same thing as I will say to you today. We are completely open and transparent about our plans. There are some policies that you will like and some of which you will be less enthusiastic about.”

Speaking of his meetings with business leaders over the past two years, Mr. McDonnell acknowledged the sometimes hostile attitude of the business community to the Labour Party since Jeremy Corbyn took over as leader in September 2015.

“I don’t expect some people to be overjoyed at having to pay a bit more in income tax or corporation tax or at the introduction of a Financial Transaction Tax. But most people recognise with us the need for large scale investment in both our infrastructure and new technology and also in human capital with investment to raise standards in our education system, training and research and development,” he added.

In December 2017, Morgan Stanley published research of its own, claiming to demonstrate that the economic policies of a Corbyn-led Labour government would be more damaging to the British economy than Brexit itself, a charge both the Labour leader and Mr. McDonnell strenuously rejected.

Giannis ups the Ante as Bucks shoot down Rockets

Scientists hope to save northern white rhino from extinction

The internet is getting less free