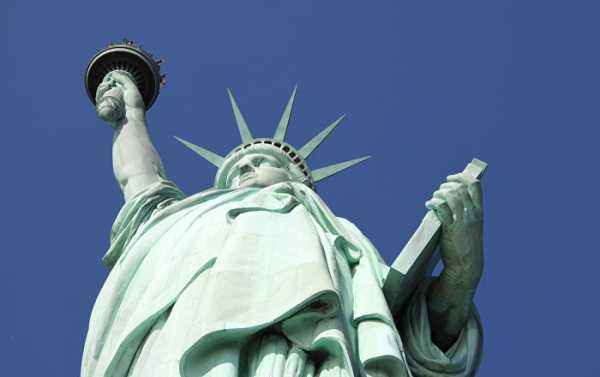 US commercial borrowing is gaining momentum due to the Trump administration’s tax cuts, as well as a solid consumer market, suggesting further gains in US GDP growth in the near-term.

Kristian Rouz – US private sector borrowing for the purpose of capital investment posted a significant increase in January, as companies have become less concerned with the risks of higher leveraging amid the Trump administration’s tax cuts. This development points to higher business spending expectations and supports higher GDP growth projections for the rest of this year.

According to a report from the Equipment Leasing and Finance Association (ELFA), US business borrowing rose some 10 percent last month year-on-year, with a $6.9-billion increase in overall leverage compared to $6.2 bln in January 2017.

At the same time, the measure dropped some 50 percent month-on-month, compared to $12.8 bln in December.

This comes as US borrowing costs rose to their highest since 2008 last month, in line with the Federal Reserve’s policy of raising interest rates to achieve a normalization of monetary conditions. This reflects a tighter policy transmission from the central bank to the private sector, a sign of a healthier and more sustainable monetary environment.

“Despite a spike in delinquencies, which bears a watchful eye for signs of deterioration in credit markets in the coming months, the new year gets off to a strong start for the equipment finance industry,” Ralph Petta of ELFA said.

ELFA also said credit approvals slid to 76.9 percent in January from 77.6 percent the previous month, as commercial lenders have tightened their underwriting standards.

The ongoing increase in commercial debt, coupled with the gradual rise in delinquencies and non-performing loans (NPL) are typically a bad sign for the broader economy. However, despite being present in the US, such concerns are offset by higher growth expectations, as robust consumer spending is driving the revenues of private-sector enterprises.

The tax reform lowered the key corporate tax from 35 percent to 21 percent.

“There was uncertainty around tax at the end of the year, which made it hard to do a large deal, but now that there’s clarity, some of that pent-up demand for assets is going to come out,” an anonymous banking sector source told Reuters. “It’s pretty broad-based: healthcare, pharma, tech, industrials.”

However, some companies are bothered by the projected increases in US governmental borrowing, which is driving the gains in base borrowing costs and lowers the investment appeal of the key safe-haven asset – US Treasury bonds.

Investors say further expansion in US national debt could restrain the corporate sector’s ability to borrow in the open market.

“The worry is that over time, the more the government borrows, the more demands the government places on a limited pool of savings, the more it will potentially crowd out some private, productive investments,” Joshua Feinman of Deutsche Asset Management said.

Still, ELFA’s recent private-sector data paints a glowing picture. Near-term estimated demand for commercial equipment is upbeat and is poised to complement the durable goods report from the Commerce Department.

Additionally, the business confidence index is at 73.2 points this month, down from 75.3 points – its all-time high – in January. Readings above 50 reflect optimistic projections.

Gender equality in the sciences is improving, but more work is...