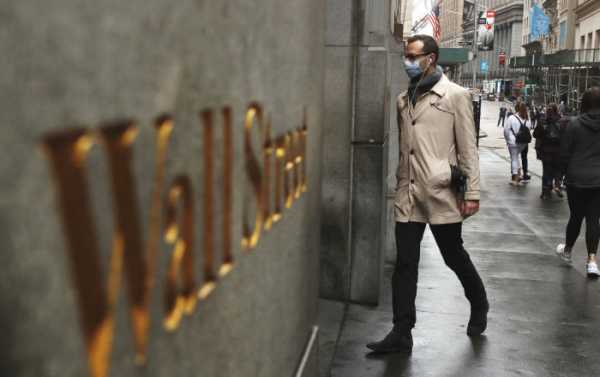 US stocks fell on Tuesday after a day of strong gains, continuing their downward march and making this one of the worst first quarter performances in history.

“There’s still a huge amount of uncertainty right now,” Shawn Snyder, head of investment strategy at Citi Personal Wealth Management, told the Wall Street Journal. “Is this a V-shaped recovery, or is this something that lingers and lasts longer than we thought?”

Tuesday was the end of the first quarter of fiscal year 2020, and the day’s losses helped make it among worst ever recorded, despite some strong market rallies last week, according to CNBC. The Dow Jones has lost 22% of its value since January 1, the worst loss in its entire 135-year history, and the S&P 500 lost 19.6% of its value, its worst first quarter since 2008.

Kristalina Georgieva, managing director of the International Monetary Fund, warned on Friday that the world economy had entered a recession, but noted that a “sizable rebound” would likely follow the crisis in 2021.

The Beauty and Burden of Being a Nigerian Bride |