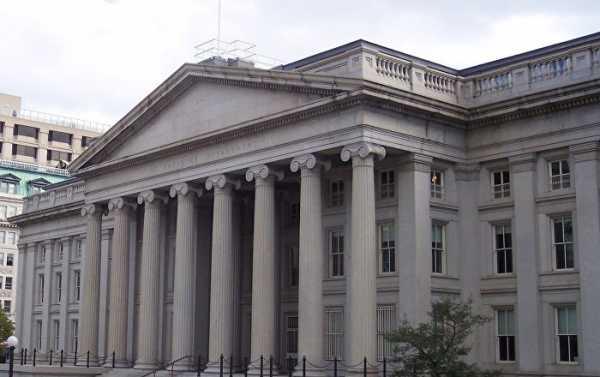 WASHINGTON (Sputnik) – The United States will give Americans an extension until October 23 to wind down their business with Russia-based aluminum giant Rusal as the Treasury Department considers the company’s petition, Treasury Secretary Steven Mnuchin said in a press release on Monday.

“RUSAL has felt the impact of US sanctions because of its entanglement with Oleg Deripaska, but the US government is not targeting the hardworking people who depend on RUSAL and its subsidiaries,” Treasury Secretary Steven Mnuchin is quoted as saying in the release. “RUSAL has approached us to petition for delisting. Given the impact on our partners and allies, we are issuing a general license extending the maintenance and wind-down period while we consider RUSAL’s petition.”

The Treasury Department said in its updated frequently asked questions section that OFAC could consider further sanctions relief for Rusal under certain circumstances, particularly if Oleg Deripaska gives up control of the country.

Consistent with OFAC regulations, parties may be removed by demonstrating a change in the circumstances that led to their designation. In the case of RUSAL, absent other adverse information and consistent with the facts and circumstances of any petition for delisting, the path for the United States to provide sanctions relief is through divestment and relinquishment of control of RUSAL by Oleg Deripaska.

On April 6 the US imposed economic sanctions on 38 Russian businessmen and senior government officials in response to an alleged poisoning attack on the country’s former spy Sergei Skripal and his daughter in the UK. Oleg Deripaska’s company RUSAL has suffered the most from the recent sanctions.

RUSAL is Russia’s biggest aluminum producer and one of the world’s biggest suppliers of the metal, as well as alumina. Its production is traded on the world’s most prominent commodities markets. The company owns mines, refineries and smelters not only in Russia, but also all over the world, for example in Ireland and Jamaica.

Girona’s amazing rise in La Liga with the help of City...