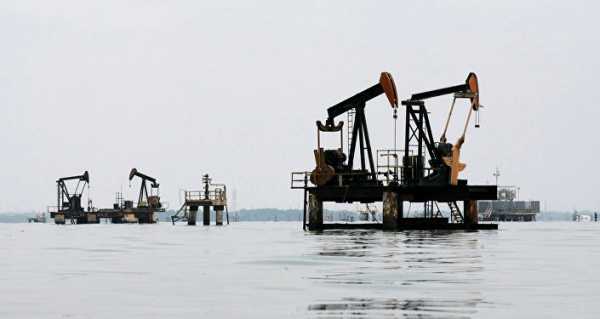 In May, Caracas accused the Trump administration of “criminal” aggression against Venezuela with its sanctions policies, in place since 2018.

Bloomberg has cited unnamed sources as saying that Washington is considering imposing additional sanctions on Venezuela to stop the remaining fuel transactions permitted with Caracas.

More sanctions against the South American country have yet to be finalised and the talks are under way, according to the insiders. Neither Washington nor Caracas has commented on the matter yet.

The Bloomberg report comes as the US Customs and Border Protection (CBP) arrested two Venezuelans after the CBP stopped a plane en route from Florida to the Caribbean island of St Vincent, discovering weapons and thousands of dollars in cash on board.

The development was preceded by The Wall Street Journal reporting late last week that US authorities had seized four Iranian oil tankers carrying gasoline to Venezuela.

The report was rejected by Iran’s Foreign Minister Mohammad Javad Zarif who insisted that the vessels were not Iran-flagged and the fuel on board didn’t belong to Tehran.

This came after US Secretary of State Mike Pompeo in late June announced that Washington had imposed sanctions on the captains of five Iranian tankers over oil deliveries to Venezuela in May, when the vessels supplied about 1.5 million barrels of crude to Venezuela, hit by a serious fuel shortage caused by US sanctions.

At the time, the Trump administration reportedly said that it was considering new sanctions and “other legal steps to disrupt Iranian oil exports to Venezuela” in response to what Washington describes as Tehran’s attempts “to make inroads into Latin America”.

Venezuela, Iran Under US sanctions

Washington began imposing tough economic sanctions on the Venezuelan economy, which is in the grip of an ongoing crisis, back in 2018 in order to topple democratically elected President Nicolas Maduro.

Part of the American sanctions pressure was freezing the US-based assets of the national oil and gas company Petroleos de Venezuela (PDVSA), which was condemned by Caracas as an unlawful move and an attempt by Washington to get its hands on Venezuela’s oil reserves.

Iran is also currently under US sanctions, reinstated in May 2018, when President Donald Trump announced Washington’s unilateral withdrawal from the 2015 Iran nuclear deal, also known as the Joint Comprehensive Plan of Action (JCPOA).

The move led to growing Washington-Tehran tensions, which escalated after top Iranian general Qasem Soleimani was killed in a US drone strike on his car at Baghdad International Airport in early January.

Pope Leads Way of the Cross Without Public for First Time...

Uber CEO aims to pare losses and get ‘the love back’